Is healthy aging and increased longevity connected to the gut microbiome?

Growing research suggests gut microbes are involved not only in all aspects of body function, but also in healthy aging. New findings show that the gut microbiome could help restore aging-related immune and cognitive impairments. 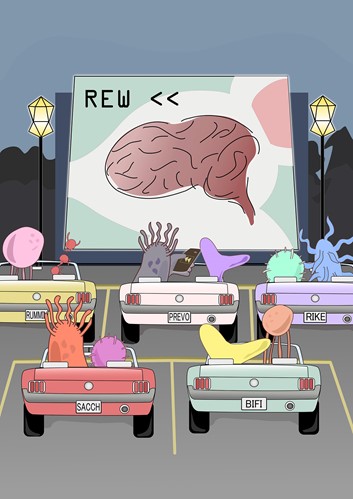 While there is nothing you can do to stop the passage of time, it is a good idea to focus on the age your body seems to be, according to both physical and mental functions (also known as your biological age).

In other words, while the number of years you have been alive (known as your chronological age) is a non-modifiable number, it may well be that your biological age is different from the number of candles on your birthday cake.

Aging healthily is possible, and taking care of your gut microbiota is a good place to start

Considering the gut microbiome as a factor that affects health and longevity is by no means a new idea. Elie Metchnikoff, considered the father of probiotics, proposed more than a century ago that targeting the gut by consuming lactic acid bacteria, such as those found in yogurt, could delay the onset of cognitive decline associated with aging.

INRAE Research Director acknowledges that, in 2017, Dawn Bowdish’s team showed in mice that aging comes with an alteration in the microbiota that may promote inflammation.

But the theory linking the gut microbiome to healthy aging was largely ignored by scientists until recently.

The gut microbiome changes as you age

After solid foods are introduced in early life, the gut microbiota gradually diversifies and tends to remain quite stable. But in older adulthood—approximately after age 60-65—gut microbiota diversity generally begins to decrease, while enrichment of previously non-dominant bacteria (e.g., potentially pro-inflammatory bacterial groups) and a drop in the number of Bifidobacteria strains occur.

Recent studies in centenarians have revealed that age-related changes in the gut microbiota are not a trivial matter, given that those changes are related to frailty and overall physical health.

It was also shown that diet and nutrition strongly impact microbiome alterations in seniors.

For example, scientists have figured out that people from Japan with an average age of 107 have a distinct gut microbiome that is enriched in microorganisms involved in generating unique and previously unknown bile acids—compounds in bile that aid in fat digestion—that have antimicrobial properties, in particular against Clostridioides difficile, which causes severe diarrhea and colitis.

However, none of the studies prove that gut bacteria caused people to live longer. So whether the gut microbiome is the chicken (cause) or egg (consequence) of aging remains unknown.

The authors found many of the effects of aging on learning and memory were reversed, along with the negative effects of aging on peripheral immune cells. The transplantation of the young mice’s gut microbiota also reversed age-related enlargement in microglia cell body size. These cells are the brain’s resident immune cells, which are shaped by the gut microbiome and have been involved in one of the mechanisms that underlie aging.

According to Joël Doré, “In restructuring host-microbe symbiosis, such animal experiments are key to documenting a potential causality.”

Although the findings refer to mice and deserve translation into humans, what is becoming clear is that taking care of your gut microbiome is important for a healthy brain and immune system from cradle to grave. The good news is that lifestyle rather than age alone is key when shaping gut microbial communities and ensuring they resemble those of younger, healthy individuals.

There are, of course, practical tips on how to achieve healthy aging by acting on the gut microbiota. “Preserving microbiome richness and the gut barrier are probably among the most effective means of preventing microbiota and immune ‘aging’,” says Joël Doré. “A rich and diverse intake of organic plant-based food (providing fibers and polyphenols) is a good place to start.”