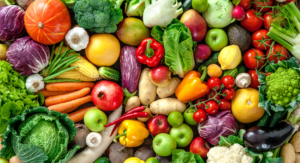 Although nowadays diet plays only a small part in published guidelines for managing inflammatory bowel diseases (IBDs), there is an increasing amount of evidence that supports the role of diet in patients with IBD, especially at early stages.

Evidence of diet modulating intestinal inflammation comes mainly from mice studies. An elegant mice study published in 2018 examined the effects of 32 custom diets on susceptibility to dextran sodium sulfate colitis in mice free of both specific pathogens and germs. A high-protein diet—especially containing casein, soy protein and whey protein—led to increased colitis severity, which was assessed through weight loss in mice.

Similarly, dietary emulsifiers have been shown to have an impact on the gut microbiota, promoting colitis, low-grade inflammation and metabolic syndrome in mice. In contrast, dietary fiber—in particular psyllium, pectin and cellulose—was inversely associated with weight loss in mice, whereas dietary fat made a minor contribution to disease severity.

Bearing in mind that intervention studies in humans subject to dietary therapy for IBD are scarce, a new single-blind randomized controlled trial led by Dr. Kevin Whelan from King’s College London (United Kingdom) has explored the benefits of a low-FODMAP diet in patients with inactive Crohn’s disease or ulcerative colitis. Patients with this form of disease usually experience persistent gut symptoms despite having intestinal inflammation under control.

There is evidence the low-FODMAP diet reduces functional gastrointestinal symptoms. As such,  Whelan and colleagues sought to study its effects on gut symptoms, the intestinal microbiome and inflammatory markers in patients with quiescent IBD.

Patients receiving a diet low in fermentable oligosaccharides, disaccharides, monosaccharides and polyols (FODMAP) for 4 weeks (n=27) reported an improvement in stomach swelling and flatulence severity (52%), which was accompanied by higher health-related quality of life scores. In contrast, gut symptom relief in patients following a placebo diet without limiting FODMAP content (n=25) stood at 16%.

Although gut microbiome diversity did not differ between the two groups, the low-FODMAP diet led to a decreased abundance of specific strains including Bifidobacterium adolescentis, B. longum and Faecalibacterium prausnitzii.

The intervention diet did not affect either clinical disease activity or fecal calprotectin and serum C-reactive protein, which are both markers of inflammation.

Although scarcely studied in humans, diet is a modifiable factor for managing symptoms in IBD, in parallel with pharmacological treatment and surgery. Some patients with IBD may show persistent symptoms during disease remission, and Cox and colleagues’ findings suggest that diet should be considered for managing certain gut symptoms in such patients.

The team plans to explore the effects of a longer-term low-FODMAP diet and establish the effect of FODMAP reintroduction on gut symptoms and gut bacteria, as depriving the gut microbiota from its preferred dietary substrates may have detrimental effects that include a fall in Bifidobacteria.