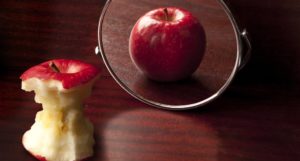 Until now, the gut microbiome has been an underexplored factor in the development of anorexia nervosa (AN). However, scientists agree that the time has come to start considering our microbiota as a new player in the current treatment of AN patients, given the close interactions between intestinal bacteria and mood, behavior, appetite and gastrointestinal physiology.

A new narrative review, led by researchers from the Food & Mood Centre at Deakin University in Geelong (Victoria, Australia), updates existing scientific evidence on the role of the gut microbiome in AN, calling for standard nutritional rehabilitation to be reconciled with gut microbiota-targeted nutritional modulation.

The review begins by highlighting that across the 10 human studies considered, the fecal microbiota composition of AN patients is different when compared with normal-weight/lean/overweight controls. Although discrepancies were found across the studies, a reduction in gut microbiota richness (alpha-diversity) is a common pattern in the majority. This decreased richness is further accentuated in AN patients who consume laxatives as compensatory behavior for improving constipation, secondary to the eating disorder.

Inter-individual variability, diet and AN subtypes (AN-restrictive and AN-binging-purging) might explain the observed disparity impact of AN on the gut microbiome structure. For instance, a diet high in fiber from vegetables, fruits and whole grains might counteract the reduced microbial richness in some AN patients.

Specific microbial profiles shared among AN patients include a depletion of Lactobacillus and butyrate-producing Roseburia. In contrast, the relative abundance of Bifidobacteria, Proteobacteria, Akkermansia muciniphila and archaeon Methanobrevibacter smithii increases. Interestingly, M. smithii can transform hydrogen into methane and has been hypothesized to optimize calorie extraction from a diet with very low-calorie content. The presence of new bacterial species in the fecal microbiota in people with AN also highlights that particular conditions arise in their gastrointestinal ecosystem that need to be further monitored and analyzed.

Furthermore, as previously reported in other populations, the Firmicutes-to-Bacteroidetes ratio does not seem to be a reliable defining attribute of AN patients’ gut microbiome.

As to whether the altered gut microbial composition may have implications for weight regulation and satiety in AN, a clear contribution of specific bacteria or their metabolites cannot yet be inferred. Indeed, some gut microbiota changes—for example, the elevated levels of mucin-degrader A. muciniphila when compared with healthy controls—might vary depending on diet and fasting periods, rather than being down to the AN phenotype itself. When exploring the close relationship between the gut microbiota and the regulation of mood and anxiety, the neuropeptide caseinolytic protease b (ClpB) produced by gram-negative bacteria seems to be involved in satiety and anxiety signaling pathways in AN.

AN patients tend to experience depression or anxiety symptoms and some associations have been found between disease psychopathology and body mass index, bacterial species and stool butyrate levels. Altogether, mood- and anxiety-related comorbidities and their drug treatment may also affect the gut microbiota, which means it is difficult to conclude which specific factors are mainly responsible for the changes in microbial composition in AN patients.

Likewise, it is worth noting that gut microbiota-targeted nutrition strategies may be considered as a means of achieving the optimal nutritional rehabilitation of individuals with AN.

Although more research is needed before systematically targeting the gut microbiota as a means of improving health outcomes in AN patients, the researchers note that a high-fiber diet should be recommended in these patients, combined with the standard recommended high-fat diet. This approach should be taken gradually and with small amounts of dietary fiber introduced on a step-by-step basis, in order to prevent AN patients from becoming satiated too quickly.

Although no evidence is available regarding the benefits of a systematic supplementation of prebiotics or probiotics in AN, the researchers highlight that their inclusion in current rehabilitation nutrition protocols might help provide benefits to the gut microbiota and prevent gastrointestinal symptoms typically associated with AN, such as constipation.

In conclusion, the scope of this review is a call to reconcile the standard nutritional rehabilitation approach for AN patients with dietary advice that targets the gut microbiota. Based on this, studying the gut microbiota could lead to more effective treatment strategies for AN in the future.

The principal author of the review, Anu Ruusunen, corresponded with GMFH editors via email. The following take-home messages summarize the significance of considering the gut microbiome for nutritional rehabilitation in AN: