The Gut-Brain Axis: From Research to Clinical Practice

Dr. Premysl Bercik is a gastroenterologist, researcher, and Associate Professor in the Division of Gastroenterology at McMaster University in Canada. 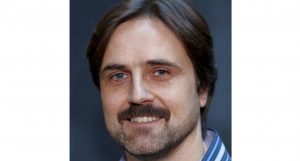 Dr. Premysl Bercik is a gastroenterologist, researcher, and Associate Professor in the Division of Gastroenterology at McMaster University in Canada. He serves as the GMFH expert on the gut-brain axis.

Bercik recently presented his work at Experimental Biology (EB) 2015 and at the International Human Microbiome Congress (IHMC) 2015. In Boston, he sat down with GMFH editors to discuss how emerging research on the gut-brain axis can be relevant to the clinical practice of gastroenterology.

How did you become interested in studying the gut-brain axis?

My primary [clinical] interest is functional bowel disorders — patients with irritable bowel syndrome, functional dyspepsia — and a significant proportion of these patients have psychiatric co-morbidities. Anxiety, depression: those are the most common ones. When you are treating the patient you have to treat not only the gut symptoms, but also the psychiatric aspects of the disease.

At the beginning I was mainly working with animal models. [If you look at] the models of low-grade inflammation, you can appreciate after some time that these mice — because we work mainly with mice — often develop abnormal behavior. Either in the process of inflammation [when] it’s overt colitis, or they maintain this abnormal behavior even later on when the inflammation is not so significant. What is causing the inflammation or the immune activation in the gut? The bacteria are the most obvious culprit.

We still don’t know how this gut-brain axis works and most of the data which is available is coming from animal models. It’s difficult to apply this directly to humans.

[Some clinical data will be available soon, but] what we know so far [is] that it’s bidirectional communication. We know that in the presence of bacteria, the behavior is different compared to germ-free mice. We know if we perturb the microbiota, we change the behavior and also [the] brain chemistry of these mice.

Now if I go back to clinical scenarios, there are at least some case reports of patients who receive antibiotics and they suddenly change their behavior. It was termed ‘antibiotic-induced psychosis’. Interestingly, when you discontinue the antibiotics, the patients normalize. We also know that patients who have chronic GI disorders, mainly those related to gut inflammation, have psychiatric co-morbidities that I already mentioned: anxiety, depression. It also applies to patients with IBD [inflammatory bowel disease].

So what is normal, what is abnormal? I think it’s a dynamic relationship. And probably it’s the balance.

How can the microbiota be changed in a way that affects the brain?

Probably through inflammation. If there is a dysbiosis, probably this is associated with some, at least low-grade, inflammation. We know that cytokines or many immune mediators can actually access the brain: either directly or [by affecting], for example, the vagus nerve which can then signal to the brain.

There is some preliminary evidence that probiotics… can also exert some beneficial effects, although it’s [so far] in the area of animal models.

How do you respond to patients who ask you about probiotics?

At this moment we cannot give any clear advice. First, the clinical data is not available, and second, I think that, at least based on my very simplistic thinking, very often we will have to find the proper match between the probiotic and the host microbiota. So that means one probiotic will work in one set of patients but not in the others.

On the contrary, if we find, for example, probiotics which can produce or manufacture certain neuroactive molecules which act directly on the brain, and actually replace antidepressants or anxiolytics, then maybe it could be applied in the general population.

[We would need to] understand better what the specific microbiota is doing. So far we know more about the composition of bacteria [and less about] what they are doing, and I think that this would be the next step [in understanding] what exactly is being produced in the gut and how we can influence the brain.

We should also realize that maybe some bacteria, even some probiotic bacteria, may exert some harm. [They are] live organism[s] and we should be aware of potential dangers of using these.

Do you think fecal microbiota transplantation [FMT] holds potential as a treatment for neurological/psychiatric disorders?

With respect to neurological disorders, there is actually not much data available. If you take what we know from animal models there is a potential that fecal transplant could work. I’m supportive of the whole idea of the process of fecal transplant, but we should be very careful what could be the final outcomes. At least some of our [unpublished] data… show that if you colonize germ-free mice with microbiota from patients with co-morbid anxiety, you can induce the anxiety-like phenotype in mice. If we do fecal transplant we should be sure that we don’t transmit any pathogens or possible pathogens, or set of microbiota which can actually lead to some psychiatric or neurological disorders later on.

I believe that the safety standards [for FMT] are state-of-the-art, but if you think about a similar situation in the 70s/80s, when we used blood transfusions, [we] were not aware of hepatitis B, hepatitis C; the consequences actually reached us several decades later.

As a researcher in this area, have you changed any aspects of your gastroenterology practice in the clinic?

I like to speak with patients about what we discover in our animal models, and I think many patients appreciate this because it gives them a new perspective on their disease, and also hope that there will be some treatments in future. Actually, then these patients are very interested to participate in this kind of research, providing the samples.

Although we don’t know exactly what the role of [the] microbiota in these functional bowel disorders is, patients already take it as something which has a great promise in the future, and which may help them to deal with their chronic problems. I cannot give them any specific advice — any probiotic or antibiotic treatment — [but] just trying to explain the pathophysiology, or what can happen in the gut and how it’s actually translated into their feelings, may help the patients to deal with their disease.