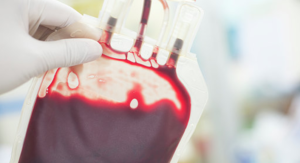 The functional metagenomic screening of the human gut microbiome gives us a better understanding of how microbial genes shape almost all aspects of physiology. Although an important number of microbial species have yet to be characterized, next generation approaches have increased the number of gut microorganism genomes that can be mapped.

For instance, analysis of the gut metagenome has provided clues about the pathophysiology of liver diseases and type 1 diabetes mellitus.

Now, a group of scientists in Canada have found two enzymes from the gut bacterium Flavonifractor plautii that convert A and B type blood into universal type O donor blood.

Since carbohydrate antigens on the wall of red blood cells are also found on the mucins that line the gut wall, the authors hypothesized that the gut microbiome might contain enzymes that metabolize the blood antigens.

First, the authors screened metagenomic libraries containing an average of 19,500 genes, in search of enzymatic pathways encoded by gut microorganisms. Two glycosidades from Flavonifractor plautii isolated from AB positive donors were able to convert A and B type blood into universal O type blood.

Although different enzymes contributed to removing fractions of A antigen to the H antigen of O type blood, characterization analyses revealed that pairwise combinations of a deacetylase and galactosidase enzymes—called FpCBM32 and FpGH36—were needed to ensure full activity. Moreover, the B antigen substrate was also cleaved through the activity of the galactosidase enzyme.

In contrast, only activity on A antigen was reported by enzymes isolated from genomes of Bacteroides and Collinsella species.

It should be acknowledged that not all A antigens were completely removed from the surface of red blood cells. Furthermore, it is not known to what extent reported changes also led to other changes in the cell surface.

Meanwhile, the fact that conversion from A to O was achieved at low enzyme concentrations (5 micrograms per mL of the enzyme pair) means a whole unit of blood may be converted efficiently. These findings therefore render the approach practical, with the potential to contribute to broad current blood supplies.

This study paves the way for solving the current challenge of increasing the amount of blood available for transfusions. The extent to which the gut microbiota is also capable of converting other antigens on the blood cell surface and the safety of the process is still unknown but, if confirmed, this method will increase both supply and access to transfusions.