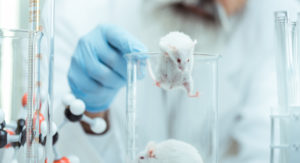 The increase in cardiovascular diseases (CVD) that comes with age has been related to an arterial dysfunction linked to higher inflammatory and oxidative stress responses. Although there is suggestion that a perturbed gut microbiome plays a role in the aging phenotype and the onset of physical frailty, the mechanisms that link changes in gut microbiome composition and an increased risk of cardiovascular diseases as we age remain elusive.

A new mice study, led by Dr. Douglas R. Seals from the Department of Integrative Physiology at the University of Colorado Boulder (USA), reveals that changes in the gut microbiome related to aging mediate arterial dysfunction, coupled with a normalization of both oxidative stress and inflammation.

With the aim of studying the impact of the gut microbiome in arterial function with aging, the researchers first gave young (5- to 6-month-old) and old (26- to 27-month-old) mice broad-spectrum and poorly-absorbed antibiotics. They subsequently assessed vascular endothelial function in the carotid artery along with thoracic and abdominal aorta stiffness.

Blood levels of pro-inflammatory cytokines, superoxide and nitric oxide, and microbial-derived metabolite trimethylamine N-oxide (TMAO) and its associated metabolites were also measured in both groups to provide mechanistic insights.

After the antibiotic treatment period of 4 weeks, both arterial function and stiffness in old mice were restored to the levels observed in young mice. This was explained by the following:

In contrast, the young mice exhibited no change in vascular health, despite reporting a reduction in diastolic blood pressure secondary to antibiotic treatment.

These results are consistent with previous studies in young animals in which manipulation of the gut microbiota was able to reverse the effect of a high-fat diet on arterial function. The ageing variable was not taken into account, however.

These findings suggest that the gut microbiota may be behind the impact of aging on vascular dysfunction. To explore this assumption, the authors then genetically sequenced fecal samples from another set of mice.

In line with previously reported gut microbiome changes taking place due to aging at a population level, differences in the gut microbiota composition were found in old mice when compared with young mice. The old mice hosted significantly more Proteobacteria and the candidate division TM7—both of which are related to gut microbiota imbalances—as well the pro-inflammatory Desulfovibrio.

When exploring whether microbial metabolites might mediate the impact of gut microbiome changes on arterial function, the researchers found that old mice had three times as much TMAO. Dietary choline is transformed by the gut microbiota into trimethylamine (TMA), which becomes transformed in the liver into TMAO, which has previously been associated with atherosclerosis and increased CVD in humans.

Although a recent observational study inversely correlated gut microbiome composition with arterial stiffness, this is the first study that reveals the direct impact of changes in the gut microbiome on arterial function and stiffness. Lead author Vienna Brunt says “[This study] opens up a whole new avenue of potential interventions to prevent cardiovascular disease.” Now, these findings need to be translated in humans before inferring the gut microbiome as the fountain of youth for heart health.

In an accompanying editorial, John F. Cryan and colleagues comment that this study adds to the existing evidence linking the aging gut microbiome to host aging and highlights our gut microbiome as a potential target for preventing the impact of aging in host physiology.