The Gut Microbiota for Health Summit: A Brief History

As the fourth summit approaches, he spoke with Gut Microbiota for Health Experts Exchange to give a brief history of the event. 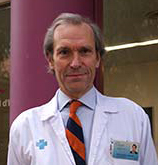 What motivated the first Gut Microbiota for Health World Summit in 2012?

The first one was only organised by the Gut Microbiota & Health section of the ESNM. It was a tremendous success. Actually, an almost unexpected success.

At that time, the influence of microbiota on many aspects of gastrointestinal physiology in the pathophysiology of many conditions became apparent.

How did the Gut Summit come to be jointly planned by the American Gastroenterological Association (AGA) and the ESNM?

There was so much interest [in the first meeting] that the AGA called me, offering to join the organisation of the next meeting. So the second meeting took place in Madrid. It was jointly organised by the Gut Microbiota & Health section of the ESNM and the AGA.

Then we decided that we would keep the interaction and that we would jointly organise the meeting yearly, alternating on both sides of the Atlantic. So the next one, that would be the third one, was organised in Miami, again jointly organised by the AGA and the ESNM. At that time, the interest was so clear — the interest as shown in the attendance and the interest in the society in general — that the AGA decided to create an institute of microbiota, something similar to what we had created a couple of years before.

Now, this will be the fourth meeting. This will be organised in Barcelona, again jointly, and the organising partners will be the microbiota institute of the AGA, and the Microbiota & Health section of the ESNM.

Where do you plan to hold future Gut Summits?