As MyNewGut, a research initiative involving thirty organizations from fifteen countries, continued to carry out its research program on prebiotic fibres and the gut microbiota, project participants held a workshop before the International Dietary Fibre Conference 2015 in Paris.

As MyNewGut, a research initiative involving thirty organizations from fifteen countries, continued to carry out its research program on prebiotic fibres and the gut microbiota, project participants held a workshop before the International Dietary Fibre Conference 2015 in Paris.

With presentations by well-known researchers, as well as industry and government representatives, the workshop brought together plans for updating and implementing future public health recommendations on dietary fibre. (Find the workshop presentations here.) 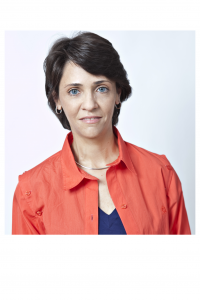 Why is it important to study fibre and how it affects the gut microbiota?

On the one hand we know, and it’s very well documented from literature, that dietary fibre (not only the recommended intakes but also at higher intakes) [exerts] beneficial effects: [on] bowel habits and regularity, but also [on] the risk of developing metabolic disorders, coronary heart diseases, and type 2 diabetes, and [on] weight management.

To understand the mechanisms behind the effects of prebiotics on metabolic health is very important to support [a] cause-effect relationship, because with these mechanistic studies we can provide the rationale behind the effects, and therefore, provide credibility from a biological point of view of the effects we are finding in human studies.

In the MyNewGut project, what we are going to do is some pre-clinical trials in animal models to investigate further the mechanisms of action of prebiotics, and we will do so by transferring the fecal microbiota from humans [to rodents].

It’s well known that dietary guidelines and recommendations from different advisory bodies and expert committees in this field have… emphasized the importance of increasing the intake of fibre in our diet. But they have not yet taken into consideration the health benefits that can be provided [by] the fibre that we intake with the diet via the metabolic activity that is exerted by the microbiota — in principle, because there is not sufficient evidence to do so.

[In] some of these committees, and in some of the texts that are being updated now, it’s recognized that this is an emerging field and that these investigations could have an important impact [on] future dietary guidelines and recommendations. [We] also are conscious that there is not enough data, and not data of enough quality, to support such recommendations, but we expect to generate at least part of this data within the context of the MyNewGut project. To get to this goal, we are conscious that we need to generate data of high quality, in order to progress from mere associations to cause-effect relationships between the intake of fibres, the microbiota functions, and finally, the health outcomes we can observe in humans.

I think we will be able to do so, or at least to contribute to this area, because we have a unique platform of experts that cover all scientific fields that are necessary to address this complex issue. We have also put into action a multi-disciplinary strategy that will make [it] possible to integrate the classical clinical endpoints that have been used, traditionally, to determine the effects of nutrients on health, together with functional ‘omics’ data: not only metagenomics, but also metatranscriptomic data and metabolomic and lipidomic data. By being able to integrate all these data, and also doing parallel animal trials, I think we will make it possible to translate the microbiome data into human physiology — to give meaning to all these microbiome data and translate these data into specific health effects in humans.

The advisory boards and the scientific experts working in this field can use these scientific data [in] further discussions on the updates of dietary recommendations in future.