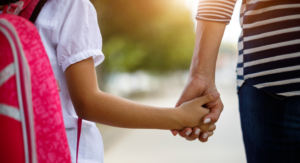 Mental health-related conditions such as anxiety and depression have been found to be more frequent in adults with functional gastrointestinal disorders that include irritable bowel syndrome. Although these findings suggest a close relationship between mental illness and functional gastrointestinal symptoms, little is known about the extent to which these manifestations may share a common etiology, especially in early life, when the maturation of the central nervous system is dependent on microbial colonization in the gut.

A new study, led by Dr. Nim Tottenham from the Department of Psychology at Columbia University (New York, USA), reveals that the gut microbiota is involved in the associations between gastrointestinal symptoms and anxiety in adversity-exposed youths aged between 3 and 18 years.

The researchers analyzed the associations between early life adversity and both gastrointestinal and anxiety symptoms in a population of 344 young people aged between 3 to 18 years who were raised with their biological parents or were fostered and later adopted.

Institutional or foster care followed by adoption during early life were associated with an increased incidence of gastrointestinal symptoms (including nausea, somatic complaints, stomach aches and cramps, vomiting and constipation) in young people, assessed on the Child Behavior Checklist and the Revised Children’s Anxiety and Depression Scale through parent report. Indeed, the most significant effects of early adverse caregiving experiences on gastrointestinal symptoms were observed in late childhood.

As anxiety is a common psychological manifestation reported in children and adolescents with recurrent abdominal pain in primary care, these findings highlight that it may be beneficial to consider managing gastrointestinal symptoms in children exposed to early life adverse events.

In a sample of 16 children, who provided both stool samples and functional magnetic resonance imaging of the brain, adversity was associated with changes in gut microbial alpha and beta diversity. First, the children exposed to prior institutionalization showed lower observed richness in their individual samples and, secondly, they had decreased abundances of bacteria belonging to the order Clostridiales and the family Lachnospiraceae when compared with children not exposed to adversity. Both groups of bacteria were thus considered biomarkers for caregiving history.

Although gut microbiota composition in general was not necessarily associated with brain functions involved in anxiety, a group of bacteria belonging to the genus Bacteroides and the family Lachnospiraceae showed an association with the activation of brain emotion networks located in the prefrontal cortex, posterior cingulate cortex and precuneus. Although the dietary intake of carbohydrates showed positive associations with the level of Bacteroides, the intake of other macronutrients and participant demographics did not contribute to explaining the associations between gastrointestinal bacteria and brain functional reactivity.

On the whole, this study shows that gastrointestinal symptoms may mediate the impact of caregiving adversity during early life on elevated anxiety in children and adolescents. Furthermore, the study highlights how the gut microbiome is associated with reactivity within emotion networks in the brain in adversity-exposed youth. These data suggest the gut microbiome may be a potential therapeutic target for anxiety in adversity-exposed populations that include the young people explored in this study, and this may, in turn, have implications for identifying a high-risk target youth group for early interventions.