Results of a research collaboration between Harvard and Danone, released today, show that an 'underrated' species of bacteria, Lactococcus lactis CNCM I-1631, conferred beneficial effects in mouse models of inflammation.

Results of a research collaboration between Harvard and Danone, released today, show that an ‘underrated’ species of bacteria, Lactococcus lactis CNCM I-1631, conferred beneficial effects in mouse models of inflammation.

Dr. Wendy Garrett, Associate Professor at Harvard’s Chan School of Public Health, says the line of research came out of an observation, several years ago, that a fermented milk product improved colonic inflammation in mice. “We wanted to understand what bacterial parts… were contributing to making mice with bad intestinal inflammation better,” she says. “The landing on Lactococcus was one of those science things that wasn’t expected and has really been serendipitous.” 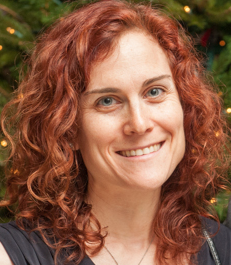 Lactococcus lactis, says Garrett, is not a ‘usual suspect’ when it comes to bacteria that have beneficial effects on a host. “Often this strain is used in the food industry to add textural elements to yogurts and cheeses, or flavor profiles, so it was unexpected that it was making the mice better,” she explains. “Once we landed on Lactococcus, [we focused on] extending that observation to other mouse models where there was intestinal inflammation and figuring out what about Lactococcus was driving this effect.”

The researchers gave a Lactococcus lactis-fermented milk product to three different groups of mice. Garrett says, “There are a bunch [of mouse models] that are good for studying intestinal inflammation. One is a model that has two genes that are missing: T-bet… and RAG2. That mouse spontaneously, just by the fact that it’s missing those two genes, gets a bad ulcerative colitis-like disease. The other mice we look at are missing an important protein that dampens inflammation… called IL-10, and then the third model is [one in which] you give this sugar, called dextran sulfate sodium… and what this sugar does is it actually disrupts the mucosa or the lining cells of the large intestine. If you disrupt that important barrier you get very bad intestinal inflammation in the mice in the large intestine.” In all three of the inflammation models, says Garrett, the fermented milk product had an effect.

The group found a particularly interesting mechanism behind these effects. Co-author Dr. Patrick Veiga says the bacteria seemed to work by producing enzymes that helped them survive oxidative stress in conditions of intestinal inflammation. “These beneficial effects [were] delivered through the ability of Lactococcus lactis to produce antioxidant superoxide dismutase,” he says. 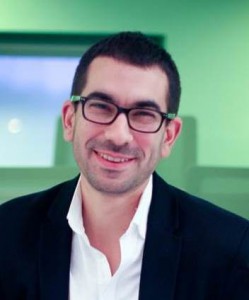 Once the bacteria produced the antioxidant and found the site of inflammation, though, something unexpected happened. Veiga explains, “We showed that it’s not only the [bacteria’s] ability to produce superoxide dismutase [that is important], but it’s also [the ability] to deliver it at the right site. We showed that if Lactococcus lactis could not deliver it, [and] could not lyse — so basically explode and then deliver the intracellular content — then you don’t have a beneficial effect.”

So only by dying at the right time did the bacteria confer the observed beneficial effect on the host. Veiga says, “It’s a cheese bacteria basically, it’s a milk bacteria. So when it encounters the [harsh], the very difficult condition of the intestine, then the bacteria don’t ‘want’ to lyse, [but they] cannot survive there.”

Garrett adds that the targeted delivery of the bacteria’s beneficial effect was surprising. “Inflammation triggers this factor to be made that seems to be really important for popping the useful enzyme out of the bacteria. So it’s the host, in this case the mouse, and maybe people, [that gives] a signal to the bacteria to release what the host needs to get better.”

Veiga says that the study make him wonder where else these effects might be observed. “The next step… would be to see how much this oxidative stress would be important for humans, the general population, and also whether the same mechanism could work in humans: maybe in persons with inflammation but also with more mild disorders or diseases.”

Garrett says that, while the clearest future application of this intestinal inflammation research is with inflammatory bowel disease patients, it may one day be applicable to a range of disorders. “What we’re learning is that inflammation in the intestine, there are all different levels of it. And while the mice have a pretty high level of it, there are many diseases we’re learning are associated with a low level of intestinal inflammation or unhealthy microbiomes.” She adds, “It’s really much broader than we previously appreciated.”