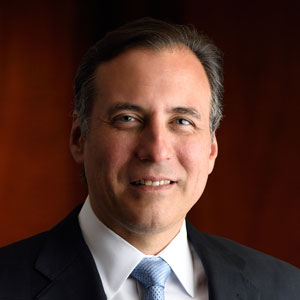 Dr. Versalovic currently serves as Pathologist-In-Chief at Texas Children’s Hospital. He also serves as Vice Chair of Pathology & Immunology at Baylor College of Medicine (BCM), and Director of the Texas Children’s Microbiome Center. He holds the Milton J. Finegold endowed chair as Professor of Pathology & Immunology, and is Professor of Pediatrics, Molecular and Human Genetics, and Molecular Virology & Microbiology at BCM. Dr. Versalovic is Co-Director of the NIDDK-funded Texas Medical Center Digestive Diseases Center. He also served as Co-Director of the NIH-funded Medical Scientist (MD-PhD) training program for 12 years. He was Editor-in-Chief of the Manual of Clinical Microbiology and Editor of Therapeutic Microbiology: Probiotics and Related Strategies. Dr. Versalovic is board-certified in Clinical Pathology and Molecular Genetic Pathology. His clinical interests include human genomics, metagenomics, medical microbiology and the human microbiology of chronic diseases in children. As a Principal Investigator, his primary research interests include the human microbiome, gastrointestinal microbiology, and digestive diseases. His research program has been supported by the U.S. National Institutes of Health, Department of Defense, and Crohn’s & Colitis Foundation. Dr. Versalovic has authored 177 primary manuscripts, 41 book chapters, and 2 patents. He received the Lansky Award as a national leader in pathology under the age of 45 from the College of American Pathologists Foundation. He also received the BioGaia Ivan Casas Probiotics Research Award and the BCM Graduate School of Biomedical Sciences Distinguished Alumnus Award. In 2019, Dr. Versalovic was elected as a Fellow of the American Academy of Microbiology (AAM).