Prof. Philippe Sansonetti accepted to give us some feedback about the last international symposium about microbiota held in Collège de France. He invited us to focus about the host microbiome symbiosis using complementary approach to correlative metagenomics studies. Pr

Prof. Philippe Sansonetti accepted to give us some feedback about the last international symposium about microbiota held in Collège de France. He invited us to focus about the host microbiome symbiosis using complementary approach to correlative metagenomics studies. 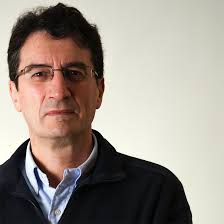 1) What was your motivation to organize a “college de France” symposium around the human microbiota?

This year, my teaching at the Collège de France focused on the microbiota. Hence it became obvious that the international symposium I organize each year to close my teaching session had to be dedicated to the microbiota. On top of this, this domain of research has undergone a phenomenal acceleration over the last few years; largely – although not exclusively – linked to the explosion of metagenomic data gathered  from human and animal gut microbiota studies. Obtention of these data has been the result of a concerted conceptual and technological effort – particularly in new generation sequencing and bioinformatics – that deserved to be emphasized at the Collège de France where novel openings in science is the basis of the teaching. The success of this symposium met our expectations. All speakers contacted responded positively, we had an audience of at least 250 scientists and doctors all over the symposium that lasted one and a half day. This was even more surprising as we purposedly focused on the interface between the microbiota and nutrition and metabolism which is one among many topics in this discipline. We had 20 speakers of very high caliber and we enjoyed many questions from the audience.

2) What is to your opinion the most surprising/striking discovery about the gut microbiota?

My major surprise regarding the interface between the microbiota and animals, including humans, is the breadth and depth of the symbiosis established between the prokaryotic and multicellular eukaryotic worlds. Coevolution has created a diverse symbiosis whose depth and robustness probably respond to its largely mutualistic nature. For someone like me who started his career in studying the molecular and cellular bases of infection, it is amazing to see that the field of microbiota and homeostasis is causing much faster and higher adhesion and interest of the scientific community far beyond microbiology. Why is it so ? Probably because, once again we are touching to something very fondamental in our co-evolution with the microbial world. This is our everyday’s life with microbes, not like with pathogens, but also because some major sections of medicine are at stake if this interface dysfunctions: inflammation, particularly inflammatory bowel diseases, allergy and atopy; metabolic diseases such as obesity and diabetes, possibly cancer. It also has a mysterious flavor with its possible connections with development and neurosciences. So, all the ingredients are there to raise interest from many different medical and scientific communities.

3) What is the current limit to study the gut microbiota and what methodology is needed to further explore it?

My personal view is that we need to now move from descriptive and correlative metagenomics to a new paradigm that involves what I call « experimentomics”. As much as we have built a cellular microbiology of pathogens, we need to build a cellular microbiology of symbiosis. No antagonisms. We simply need to encourage the synergies between the two approaches. Our symposium was one among several approaches of this kind. We need to generate a multidisciplinary model encompassing metagenomics, classical and molecular microbiology (particularly anaerobic bacteria which will find there « renaissance » here), genetics, microbes-cells-host interactions, and experimental medicine in various areas: immunology, nutrition and metabolism, development, etc…. Fantastic opportunities for young scientists.

The future will say. We are going through an exploratory period that reveals a true potential which, as I said, touches several areas of medicine. I this holds true – a very likely scenario -, one can expect fantastic new openings in preventive, diagnostic and therapeutic medicine. Personalized medicine, including pharmacology and therapeutic may need to integrate the microbiota parameter, in addition to human genetics, in its equation. A true revolution may be on its way.