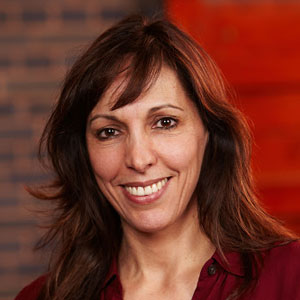 Dr. Verdu’s research has focused on the pathophysiology of inflammatory and functional gastrointestinal disorders. She undertook clinical research training at the University of Lausanne, Switzerland, where she studied the interaction between chronic infection with Helicobacter pylori and gastritis in humans and the possible therapeutic role of probiotic bacteria. Her PhD studies in the Institute of Microbiology and Gnotobiology at the Czech Academy of Science and University of Lausanne focused on the effect of bacterial antigens in animal models of inflammatory bowel disease. As a post-doctoral fellow at McMaster University she gained experience with animal models of gut functional diseases and investigated the mechanisms of action of probiotic bacteria. As a member of the Farncombe Family Digestive Health Research Institute at McMaster University, Dr. Verdu investigates host-microbial and dietary interactions in the context of celiac disease, irritable bowel syndrome and inflammatory bowel disease. She has been honored with the New Investigator Award (Canadian Celiac Association), the New Investigator Award (Functional Gut-Brain Research Group, USA) and the Campbell Research Award in celiac disease (Canadian Celiac Association). The American Gastroenterology Association and the Canadian Association of Gastroenterology have awarded her the “Master’s in Gastroenterology Award” for basic science and “Young Investigator’s Award”, respectively. She is Associate Professor at the Division of Gastroenterology, Dep. of Medicine at McMaster University and currently directs the Axenic Gnotobiotic Unit at McMaster.