Two papers were recently published in Nature Biotechnology, both on the topic of finding out the content of gut microbiota samples. The Gut Microbiota for Health website previously covered both selections: The paper authored by Li et al. presented an updated collection

Two papers were recently published in Nature Biotechnology, both on the topic of finding out the content of gut microbiota samples. The Gut Microbiota for Health website previously covered both selections: The paper authored by Li et al. presented an updated collection of reference sequences for new human gut metagenomics studies, with about ten million genes. The work of Nielsen, et al. introduced a new method of segregating human gut metagenomics data into biological entities like microbial species, without the need for reference sequences. (See our related interview with Nielsen and Almeida here.)

Taken together, how will these papers affect the field of gut microbiota research? Dr. Francisco Guarner, who coauthored one of the papers, agreed to speak with GMFH to put the two new developments into context. 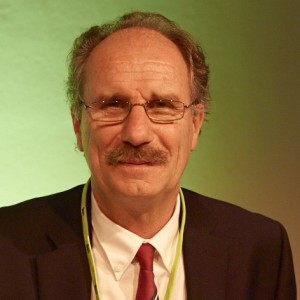 Can you give us your understanding of how each article contributes to the field?

To me, [Li et al.] was more a technical paper where we produced a resource. We have produced a resource, and this resource is now available for people. In the reference catalog, each gene is listed individually. In this catalog you have a number of [bacterial genes, viral genes, and eukaryotes]… [but] you never find in nature isolated genes.

In the [Nielsen, et al.] paper you can sequence samples, you can identify genes, but you don’t know which microbes are there. And the approach was to use mathematical approaches for correlating in abundance.

The idea is that you try to identify groups of genes that are together. So in nature, genes are within a microorganism and they go together. So if you have samples from 400 individuals you can see which genes are always in a similar abundance in different individuals because they are together within the same microorganism. And then by this [method] you can pick up groups of genes that correlate in abundance among the different individuals… When you pick up, in this collection of individuals, these groups of genes that travel together, or that are packed together, and you go to the data banks …where there is the whole genome of different bacteria or different viruses… to see which bacteria is this, you only find some of them to be already in the catalog. Many of these assemblies of genes are not in the catalog, and therefore you are able to identify bacteria that are not recognized today. That’s the idea.

In this way, you are able to recognize something that has not been described so far. Because you have found this assembly of different genes, you can imagine it is part of a microorganism. And you now have the ability to detect it, because you know which number of genes are inside this microorganism and the quality of those genes. You now have a way of identifying new microorganisms that were not in the catalog. And then this can be used to see what is the abundance of this microorganisms in different individuals and what is the relationship with [certain] disease statuses.

What is particularly interesting for clinicians in these articles?

From the [Li et al.] paper… to me the most interesting thing… practically for the clinician is that when you consider the total number of genes that have been found in human individuals in the gut, there are ten million. But from these ten million there are 300,000 genes that are common to most of the individuals: to Europeans, to Americans, to Chinese, to [Japanese]. We know that [on] average each human individual carries about 600,000 genes in their gut, what we call the microbiome or the metagenome: the number of non-human genes that live inside us. So from an average of 600,000 that each individual has got, half of them are common to most of the individuals. And this is very interesting because this approach is telling you that probably half of the functions — because genes have functions — probably half of the functions that we have inside our gut are very common among individuals. It’s something still unknown but I think we will be able to define more precisely, in this way, which are the essential functions in the human gut microbiome. And then we probably will be able to define normality, and then to see the variations that could be related or associated with defects and then with disease. To me, in the catalog, this is the interesting thing to the clinician.

What do you find exciting in these articles?

Also because if you go to the supplementary data… you see that particularly in individuals with inflammatory conditions, which is Crohn’s disease, ulcerative colitis, or metabolic syndrome with an inflammatory component… there is a loss of diversity. The loss of diversity is really a defect in the number of unknown metagenomic species. We use this name of ‘metagenomic species’ to define these assemblies of genes that are coabundant in the different individuals. With this, you are defining microorganisms. And these microorganisms, many of them, when you go to the reference genomes, you cannot find what they are.

The fact is that the [Nielsen, et al.] paper is opening a new window because you have a new way of understanding what’s inside the gut, and in fact you have found that most of the microorganisms you can detect by means of this approach, most of them are unknown. To me, this is very exciting.