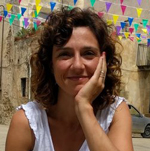 Cristina Saez is a freelance science journalist. She works for several media, for instance the Spanish newspaper La Vanguardia, where she coordinates the science section, Big Vang; as well as research centres and scientific societies. She has been awarded for her journalistic work, among others, with the Boehringer Ingelheim Award in Medical Journalism 2015. Follow Cristina on Twitter @saez_cristina