The Second Gut Microbiota for Health Summit is getting closer

After the success of the First Gut Microbiota for Health Summit (Evian, March 2012), the second edition has been planned for February 2013. From the 24th to the 26th of February, Madrid (Spain) will be the capital of gut microbiota. 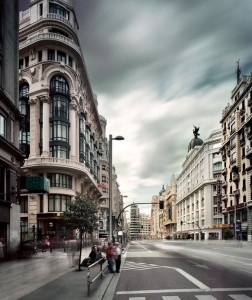 After the success of the First Gut Microbiota for Health Summit (Evian, March 2012), the second edition has been planned for February 2013. From the 24th to the 26th of February, Madrid (Spain) will be the capital of gut microbiota. This international event will gather more than 200 scientists from different fields of expertise who are leading the latest discoveries on gut microbiota.

The Gut Microbiota and Health Section of the European Society for Neurogastroenterology & Motility (ESNM, member of the United European Gastroenterology (UEG)) and the American Gastroenterological Association (AGA) are the organizers of the event and have appointed a joint scientific committee. As for its first edition last year in France, the aim of this summit is to raise recognition and expand knowledge in this fast moving field.During 3 days Madrid will welcome scientists from around the world and from multiple disciplines (gastroenterology, paediatry, geriatry, microbiology, among others). The summit builds on diversity and cross knowledge from different fields, as a way to move forward in the understanding of gut microbiota. In order to achieve this, the programme will include plenary sessions with lectures, workshops, poster sessions and free-time for networking and exchange.

Topics to be discussed include the relation between gut microbiota and different body organs and functions; the impact of diet and nutrition in gut microbiota composition and diversity; and the review of technologies used in gut microbiota research, among others. Check the final program here or visit the event website for further information.

The editorial team from Gut Microbiota World Watch will be there too. We will make interviews with the experts and participate in sessions and workshops. We encourage you to let us know what topics you would like to see in our blog as this is a great opportunity to meet and interview the key scientists working today with gut microbiota all around the world.

You can download the press released sent to media.

A healthy gut for a healthy heart? A 10-year study looks at the gut-heart connection

Mediterranean diet: why would it be beneficial for the elderly?

A new study performed in the elderly from five European countries reveals that following a Mediterranean diet may positively affect the gut microbiota and health in this population.

How brain health affects gut microbiota health (and vice versa): What we have learned in 2020

A balanced gut microbiota is crucial for mental health. Learn more about how gut bacteria affect our central nervous system, even in the earliest stages of life, and how some scientists are trying to find ways of targeting the gut microbiome to improve or treat symptoms of neurological diseases.