The composition of the gut microbiota conditions tumour development

Transferring microbes from the colon of a mouse with a colorectal tumour to a healthy mouse means the latter will also develop cancer, according to a study recently published in mBio® by Zackular JP  et al., the open access journal of 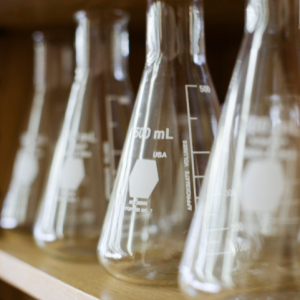 Transferring microbes from the colon of a mouse with a colorectal tumour to a healthy mouse means the latter will also develop cancer, according to a study recently published in mBio® by Zackular JP  et al., the open access journal of The American Academy of Microbiology. It was already known that inflammation played an important role in the development of colorectal cancer. But for the first time researchers have shown that the conditions for the development of tumours come about through the interaction between inflammation and changes in the gut microbiota composition.

“Confirming that the mice that received the community of cancerous microbes developed twice as many tumours convinced us that certain digestive bacteria boost tumorigenesis (the birth of tumours),” explains Professor Patrick Schloss, a researcher at the University of Michigan (USA) and co-author of the study. “It is not just the microbiota and neither can it only be attributed to inflammation, rather both things take part in the process,” he explains.

By analysing the types of microorganisms present in the colon of the mice with colorectal cancer, Schloss and his colleagues identified that there was a large presence of Bacteroides, Odoribacter and Akkermansia bacteria. More importantly from a medical point of view, after inoculating healthy mice with a community of microbes of this kind, their microbiota also becomes unbalanced within three weeks, reaching a similar composition. “It is clear that there is a feedback mechanism through which inflammation modifies the community of digestive microbes and, in parallel, this community increases inflammation,” explains Prof. Schloss. The ongoing and dramatic changes in the microbiota that take place as tumours develop are not just a result of the cancer, but rather, “directly contribute to the development of tumours,” concludes the study.

“If you can better identify what functions in the microbial community are important for protecting against tumor formation or making it worse, we can hopefully translate those results to humans to understand why people do or do not get colorectal cancer, to help develop therapeutics or dietary manipulations to reduce people’s risk,” says Prof. Schloss. For example, we still need to understand whether avoiding excessive consumption of red or tinned meat might prevent changes in the microbiota associated with cancer.