Maternal microbiota, mode of delivery, type of infant feeding and other factors can influence the infant microbiota in the perinatal period. Microbiota composition in the neonatal period and beyond seems to have a relevant role in health, but researchers still 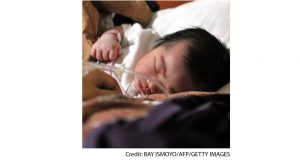 Maternal microbiota, mode of delivery, type of infant feeding and other factors can influence the infant microbiota in the perinatal period. Microbiota composition in the neonatal period and beyond seems to have a relevant role in health, but researchers still have much to learn about the microbiota assembly process in healthy term infants and which aspects could have a causal relationship with future disease.

A recent study, led by Dr. Kjersti Marie Aagaard from the Department of Obstetrics and Gynecology at Bayor College of Medicine in Houston (Texas, USA), has found that the microbiome of infants greatly expands between birth and 4 to 6 weeks of age, and – contrary to current thinking – caesarean delivery (C-section) does not appear to affect maturation and diversity of the infant microbiome.

The researchers enrolled a cohort of 81 pregnant women in their early third trimester for longitudinal sampling at 4-6 weeks after delivery. To better explore the effects of mode of delivery, a second matched cross-sectional cohort of 81 pregnant women was enrolled for sampling once at the time of delivery. For each maternal-infant pair, microbiota samples from the skin, oral cavity, nares, stool and vagina were collected. Composition and function of both the neonatal and maternal microbiota were analysed using both 16S ribosomal ribonucleic acid (rRNA) gene and whole-genome shotgun sequencing. Researchers applied general linear models to control for confounders like the reason for the caesarean delivery and other factors related to the mother, such as maternal diet, breast milk feeding, antibiotic use and diabetes.

At the time of delivery, neonatal microbiota and its associated functional pathways were relatively homogeneous across all body sites, except that the microbiota in the neonatal meconium diverged as compared with those of the skin, nares and oral cavity. However, by 4 to 6 weeks of age, the infant microbiome started to show body niche separation and its structure and function had notably expanded and diversified.

The microbiota structure in the neonatal meconium was not linked to the caesarean mode of delivery, whereas in infants born by C-section, minor variations in the neonatal microbiota community structure were found in the oral cavity, nares and skin. Besides this, there were no differences in community function at the time of birth, regardless of delivery mode. At 6 weeks of age, neither community structure nor function was different between infants delivered vaginally and those born by caesarean surgery.

In conclusion, within the first 4 to 6 weeks of life the infant microbiome undergoes a significant expansion and maturation that is primarily driven by body site and not by mode of delivery.