"I'd like to get you to think differently about viruses," announced Dr. Herbert 'Skip' Virgin at the 2015 Keystone Symposium, Gut Microbiota Modulation of Host Physiology - an event where most researchers in attendance focus on the bacterial residents of the gut.

“I’d like to get you to think differently about viruses,” announced Dr. Herbert ‘Skip’ Virgin at the 2015 Keystone Symposium, Gut Microbiota Modulation of Host Physiology – an event where most researchers in attendance focus on the bacterial residents of the gut. 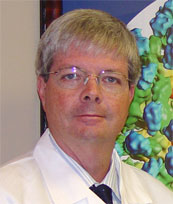 Virgin, of Washington University School of Medicine in St. Louis, drew attention to the importance of the enteric virome both in the keynote address and in question periods throughout the conference. Later, he gave GMFH editors three reasons why viruses are important in microbiota research.

First, Virgin says, “[Viruses] are an important part of the microbiome and our overall genomes as composite organisms.” Second, “They have documented effects on immunity and are altered in disease states.” And finally, says Virgin, “They may be related to other components of the overall microbiome such as the bacterial microbiome.”

The Virgin Lab recently released a paper on viruses and inflammatory bowel disease (IBD), showing that enteric virome richness increased in both Crohn’s disease (CD) and ulcerative colitis (UC). They showed that the virome changed differently in CD and UC, and that the changes were independent of observed decreases in bacterial diversity and richness in IBD.

Guoyan Zhao, an Assistant Professor of Pathology & Immunology who works in the Virgin Lab, says, “We’re hoping through mouse models we can basically test whether the virome does cause disease.”

She says, “One of the directions is to look at the eukaryotic viruses’ change in these IBD patients and also in other diseases like HIV [human immunodeficiency virus].” Zhao and other lab members are exploring theories on exactly how latent viruses in bacteria are released, and how they might play a role in inducing gut dysbiosis. 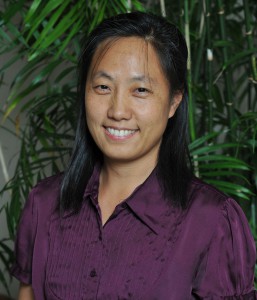 What mechanisms could be at play if enteric viruses are implicated in causing disease? As one example, Zhao pointed out a previous paper from the lab, which showed eukaryotic viruses expanded in SIV [simian immunodeficiency virus] -infected macaques. She says, “We showed that viruses actually get into the blood and we showed that there was virus-caused enteropathy in the gut. This is how we think they might be playing a role in the progression of the disease.”

Zhao says she developed her own pipeline to identify virus sequences from next-generation sequencing data. Development and use of appropriate bioinformatics tools for the study of viruses remain an ongoing challenge for the lab.