Abdominal gases are created in the intestine during digestion and, beyond the jokes that this subject usually generates, it is an absolutely normal physiological process. In some cases, however, abdominal gases can be a source of discomfort. This situation may 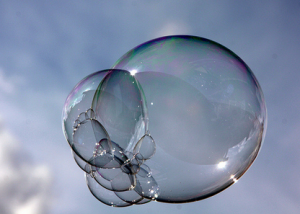 Abdominal gases are created in the intestine during digestion and, beyond the jokes that this subject usually generates, it is an absolutely normal physiological process. In some cases, however, abdominal gases can be a source of discomfort. This situation may now have a scientific explanation. A study by the Physiology and Pathophysiology of the Digestive Tract Group at Vall d’Hebron Institute of Research (VHIR – Vall d’Hebron Institut de Recerca) in Barcelona has established a relationship between the discomfort caused by abdominal gases and the presence of the bacterium Bilophila wadsworthia in the gut microbiota. This microorganism produces an irritating gas that increases gut sensitivity and it has been identified in people showing symptoms of uncomfortable flatulence.

The study compared patients suffering from abdominal discomfort with others who did not have these symptoms. Professor Fernando Azpiroz, head of VHIR’s Physiology and Pathophysiology of the Digestive Tract Group and the study’s lead researcher, explains some of the main conclusions. “The patients who complain of discomfort do not have a greater volume of gases than individuals in the control group, but they evacuate these gases more frequently,” and he added that “it is not the amount of gas that leads to discomfort, but rather its origin and composition.”

The Bilophila wadsworthia bacterium, which generates hydrogen sulphide gas causing irritation and discomfort, was detected in the patients affected by uncomfortable flatulence. In the control group, gases were produced by other bacteria and their composition was made up of hydrogen and methane, which are less irritating.

Another conclusion from the research is that a diet rich in foods that favour flatulence only alters the gut microbiota in patients who already show symptoms and who are more sensitive. Professor Francisco Guarner, head of the Gut Microbiota Study Group at VHIR, explained that with these kinds of foods, people with intestinal symptoms experience an imbalance in the composition of the gut microbiota, thus diminishing the diversity of species present.

The study, published in the prestigious journal GUT, is another step forward in the knowledge about the microbiota and also offers new information about a subject not only frequently mentioned in popular humour, but which is also of interest to the scientific community.