The Inflammatory Bowel Diseases (IBDs), which include Crohn's Disease (CD) and Ulcerative Colitis (UC) are chronic relapsing and remitting inflammatory disorders of the gastrointestinal tract.

The Inflammatory Bowel Diseases (IBDs), which include Crohn’s Disease (CD) and Ulcerative Colitis (UC) are chronic relapsing and remitting inflammatory disorders of the gastrointestinal tract. The etiology of IBDs is not known yet but it is certainly multi-factorial and it includes genetic as well as environmental factors. Over the last years it has become clear, however, that IBD develops in genetically susceptible individuals as the result of a dysregulated and excessive immune response to luminal gut antigens. Therapeutic treatments for IBD are largely based on an understanding of immunopathology, and while newer therapies are being introduced, probiotics are still an active area of interest. Administration of bacteria for maintaining health or treating disease is currently very popular among modern researchers and clinicians.

Probiotics are living microorganisms which, upon ingestion in sufficient members, exert health benefits on the human organism. Intense focus is also being placed on the role of specific probiotics in IBD and the possibility that gut flora or the immune response to them can somehow be favorably modified. Different studies have previously demonstrated the role of Heat Shock Proteins (HSPs) in the inflammatory process of IBDs. HSPs are a family of molecules highly conserved throughout evolution that are typically involved in folding, refolding, translocation and degradation of intracellular proteins under normal and stress conditions. HSPs have been implicated in the pathogenesis of a number of chronic inflammatory and autoimmune diseases like diabetes, rheumatoid arthritis and IBD. 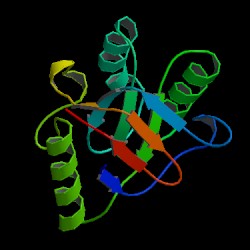 In a recent work, we demonstrated that HSP 60 levels are increased in the affected intestinal mucosa from patients with CD or UC. Furthermore, we demonstrated that mucosal HSP 60 levels in UC patients decrease after therapy with either mesalazine [an anti-inflammatory drug] alone or mesalazine plus specific probiotic bacteria, with the decrease in the latter combined treatment being more pronounced than in patients treated with mesalazine alone. This result is largely in agreement with other studies assessing the value of probiotics in treatment of IBDs like UC, and it opens new avenues for the management of these diseases.

Dr Marcello Romeo is currently at PHD School in Molecular and Experimental Medicine at Department of Experimental Biomedicine and Clinical Neuroscience at University of Palermo (Italy). His main research interest is the molecular assessment of the Human Intestinal Microbiota in health and disease and investigation of the molecular cross-talk between intestinal bacteria and Heat Shock Proteins in colon mucosa of Inflammatory Bowel Disease and Colon Cancer.