Our microbiota likes chocolate too

Chocolate has a privileged place on the list of the most tempting foods. This food of the gods as tells its Latin name Theobroma cacao given by the noted Swedish nosologist Carl Linnaeus in 1753, has been ennobled in many 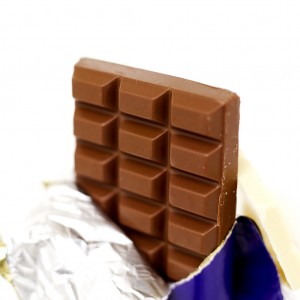 Chocolate has a privileged place on the list of the most tempting foods. This food of the gods as tells its Latin name Theobroma cacao given by the noted Swedish nosologist Carl Linnaeus in 1753, has been ennobled in many countries around the globe as a curative drug, a culinary delight, and even a currency for commodity trading, retaining its appeal over the centuries. No other natural product but chocolate has ever been viewed as having a positive effect on a wide variety of health conditions ranging from intestinal and female complaints, fever and cardiovascular diseases to promotion of strength before military and sexual conquests. Reports on chocolate’s health benefits are traceable as far back as Aztec and Maya medical practice and ever since anecdotal evidence has been abundant on chocolate effects on health.

Only by the end of the 20th century, however, claims on supposed health benefits of chocolate have increasingly drawn a scientific interest in cocoa products and chocolate, which eventually resulted in an approval by the European Food Safety Agency of a health claim for dark chocolate with high flavanol (a natural compound found in various types of plants) content as to its impact on maintenance of normal blood vessel perfusion. The neurobiological actions of flavanol are believed to occur in two major ways:

A commentary published recently in the science journal Frontiers explains how chocolate, apart from being delicious, may exhibit its positive effect on our health through its interaction with gut microbiota, the bacteria that live in our digestive system.

The article’s author analyzed different studies on the effect of chocolate (or cocoa) on gut microbiota (previously known as gut flora or microflora). This research showed that, thanks to the polyphenols such as flavanols present in its composition, cocoa has a beneficial prebiotic effect on the bacteria living in our gut. It is, in fact, a similar effect to the one explained in the post “Red wine and its benefit for gut microbiota”.

One of the studies analyzed showed that consumption of cocoa-rich drinks helps modify the proportion of beneficial bacteria versus harmful bacteria in gut microbiota, thus facilitating an increase in the former. This discovery was confirmed by a later study that confirmed that the prebiotic effect of the polyphenols from chocolate increases “good” bacteria such as Bifidobacteria and Lactobacilli, while also reducing the presence of other potentially pathogenic microorganisms such as Bacteroides, Clostridium and Staphylococcus.

The study’s author concludes that cocoa imitates the effect of prebiotics on gut microbiota, causing modifications in its composition. These changes may also have positive effects on individual health.

Now that you know more about the benefits of chocolate, you should look twice at that chocolate bar you have with your cup of coffee! But remember, the beneficial effects of dark chocolate were found with doses of up to 500 to 1000 mg of polyphenols, the equivalent of 10 to 20 dark chocolate bars, and, at that level, “the sugars and fats in these sweet confections would probably outweigh any possible brain benefits”. So, eat with moderation!

Is water the forgotten nutrient for your gut microbiota?

The gut microbiota is exposed to and modified by a range of factors on a daily basis, with diet being one of the most important. New findings from the American Gut Project reveal that drinking water source ranks among the key contributing factors in explaining gut microbiota variation.