A new study recently published in PNAS reinforces this theory and suggests that this protecting effect is due to the changes undergone by the microbial community living in the digestive tract, the gut microbiota. 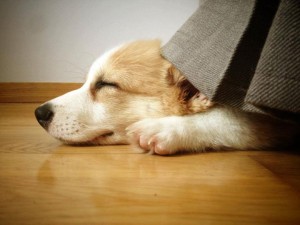 The idea that being exposed to animals since early days might reinforce the immune system (part of the so-called “hygiene hypothesis”) has been referred by different studies, A new study recently published in PNAS reinforces this theory and suggests that this protecting effect is due to the changes undergone by the microbial community living in the digestive tract, the gut microbiota.

To get to this conclusion, Professor Susan Lynch and her colleagues at the University of California, San Francisco (USA) worked with mice exposed to dust from households with and without dogs. The results revealed that in rodents exposed to the dust from houses with dogs, the asthmatic reactions in their lungs lessened when they were challenged immunologically (albumin, cockroach antigen) later on.

Meanwhile, asthma symptoms were worse in the mice that had been exposed to dust from dog-less houses. The interesting thing is that the guts of the mice ‘protected’ against asthma and respiratory allergies showed a bacterium that made all the difference: Lactobacillus johnsonii. “The results suggest that there are bacteria that may be used in the future to modify the gut microbiota in a way that asthma and allergies are prevented or we may perhaps even manage to treat those already suffering from the conditions,” concluded the researchers.

An interesting option considering that, according to the WHO, asthma is the most frequent chronic condition in childhood.