Learning to predict how antibiotics perturb the gut microbiota

For Dr. Vanni Bucci, assistant professor of computational biology at the University of Massachusetts Dartmouth, new treatments are not the only way to make progress in medicine.

For Dr. Vanni Bucci, assistant professor of computational biology at the University of Massachusetts Dartmouth, new treatments are not the only way to make progress in medicine. He believes doctors can greatly improve care by making better use of treatments that already exist — even common ones like antibiotics.

Bucci, a chemical/environmental engineer by training, builds mathematical models to describe temporal behaviours of bacteria in a system. Years ago, he moved from wastewater treatment applications to medical applications, where his ultimate goal is now to help doctors become more informed about the effects of treatments such as antibiotics on the gut microbiota. 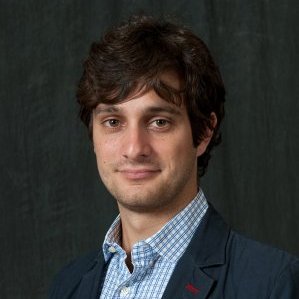 Vanni Bucci, of the University of Massachusetts Dartmouth, USA

His current work takes data from gut bacterial gene sequences and uses them to create predictive models of the gut community. Bucci says, “I efficiently and rapidly can build a computational forecast model, which is able to capture what we observe from DNA sequencing observations, and use this model to make predictions, and therefore start probing different types of antibiotic interventions.”

Bucci has so far discovered that antibiotic treatment selects for certain gut bacteria over others. “We see this type of rapid — really rapid, [on] the order of a day or couple of days — shift in composition,” he says.

“Because this community is very complex — it’s a network of interacting species — the response to perturbation is nonlinear… the antibiotic acts as a type of ‘step’: you very rapidly shift from an antibiotic-sensitive population to an antibiotic-associated one.” He notes, “Because of this nonlinearity, [stopping treatment] doesn’t correspond to an immediate return to pre-treatment conditions.”

His work confirms the idea that, because the microbiota is an ‘ecological network’ with interactions subject to laws of ecology and systems biology, perturbation can have long-lasting or even permanent effects that can affect host health.

In adulthood, Bucci says, the microbiome is already established. “The major groups are there. Yes, we can completely disrupt them with antibiotics, but we already created that interaction between your microbiome and your immune system. Your immune system knows who’s there.”

On the other hand, he has seen evidence that subjecting the microbiota to antibiotics while the immune system is still developing could select for the wrong type of bacteria. For example, Nobel et al. recently showed that therapeutic-dose pulsed antibiotic treatment early in life changed both host and microbiota development in mice: it accelerated total mass and bone growth and led to changes in gut microbiome diversity, community structure, and metagenomic content.

“This shows the fact that there’s so much use of antibiotics in early stages of life may be critical, not just for antibiotic resistance, but also for development of immunity problems and disease later in life,” says Bucci.

As human studies on this topic are increasingly of interest, Bucci says there are a few things to keep in mind. “Many of these studies are still at the descriptive level,” he says. “You can do all the statistics that you want, but still, you are describing something. I think the next step is to move from pure descriptions… to actually do some mechanistic work.”

He points out a descriptive study by Million et al., for example, that showed endocarditis patients who were treated with vancomycin had acquired obesity, which was possibly related to gut microbiota modulation; the study found that the presence of Lactobacillus reuteri — resistant to vancomycin — was associated with weight gain, while the absence of Escherichia coli was also associated with weight gain.

“What, from a metabolic standpoint, is going on there? This will give us the knowledge that would allow us to now intervene,” he says. “If [we] know why Lactobacillus reuteri is a risk factor, maybe just associated or maybe a key component in the metabolic exchange, then we may be able to introduce competitors or modify the environment such that Lactobacillus reuteri’s fitness is reduced.” Future research could then focus on probiotics that help the microbiota return to a pre-treatment state.

Bucci is working with the University of Massachusetts Medical School to develop uses for his modelling tool in patient populations. “We applied it to a cohort of bone marrow transplantation patients, but just to infer the network, not to predict. What would be interesting for the future is to use this type of computational tool to do real-time predictions,” he says.

“Once I have this tool, the idea would be, every time a patient which can be categorized in one of these groups comes in, I can sequence his microbiome. That’s my starting point,” he says. “Now I can make all the predictions that I want from this patient’s microbiome. I can say, ‘What happens if I apply these antibiotics which the model is being calibrated against?'”

Bucci says that the method could be used, similar to weather forecasting, to predict the probability that a treatment will have a certain effect. He thinks the model will be able to ‘virtually’ treat patients and help doctors assess the likelihood of a negative outcome for that patient. “If you have a model, which 80% of the time can tell you [whether] you get C. diff infection [in] a patient, and you tell the doctor, ‘Don’t give him these antibiotics because he [will] likely get C. diff infection’, the doctor could say, ‘Okay, what alternative do I have, if any?'”