The International Scientific Association for Probiotics and Prebiotics (ISAPP) created an infographic to address some of the more common fallacies about probiotics.

Surf the web and you’ll find many claims about probiotics, but many times what’s said isn’t based on fact. Sometimes this is because the author just doesn’t know the science. Sometimes it seems to be intentional, to promote some aspect of one product as better than other products.

The International Scientific Association for Probiotics and Prebiotics (ISAPP) created an infographic to address some of the more common fallacies about probiotics. See here.

It’s important to distinguish between a good hypothesis and an established scientific fact. In the field of probiotics, it’s common to see someone’s favorite idea presented as fact, when there may be no substantiating science, or even evidence to the contrary. Be wary when you see statements such as:

Take note—misleading or incorrect information can even be proffered in materials distributed by trusted organizations with stellar reputations. For example, this infographic from a top US medical center states “If you’re interested in probiotics, supplements are your best bet. They contain multiple strains of bacteria – and the more strains, the better!” This statement misrepresents the evidence. First, there are several probiotic containing foods that have been tested in human trials with different demonstrated health benefits. What should have been said is that consumers should choose a probiotic product, food or supplement, with evidence of the health benefit they seek. A second error is in saying that products with multiple strains are better than single strain products. Many single strain probiotics have been evaluated in human trials and shown to be beneficial. Further, trials which compare single strain to multiple strain products are rare and we are not able today to say that either is better. A third error is in implying that supplements have multiple strains and foods do not. Many probiotic supplements contain single strains and some foods contain multiple strains.

Another example is the recent patient guide to probiotics published by a leading medical association. Overall, this document is good. But it also states that probiotics are “dietary supplements” (some are, but some are foods, which is a different regulatory category), that probiotics “kill toxins” (toxins are not alive), and that some probiotic strains can cause allergic reactions (some ingredients may be allergenic, but the microbes themselves are not).

So watch where you get your information! Check out the complete collection of resources from the International Scientific Association for Probiotics and Prebiotics—we take care to get the science right. 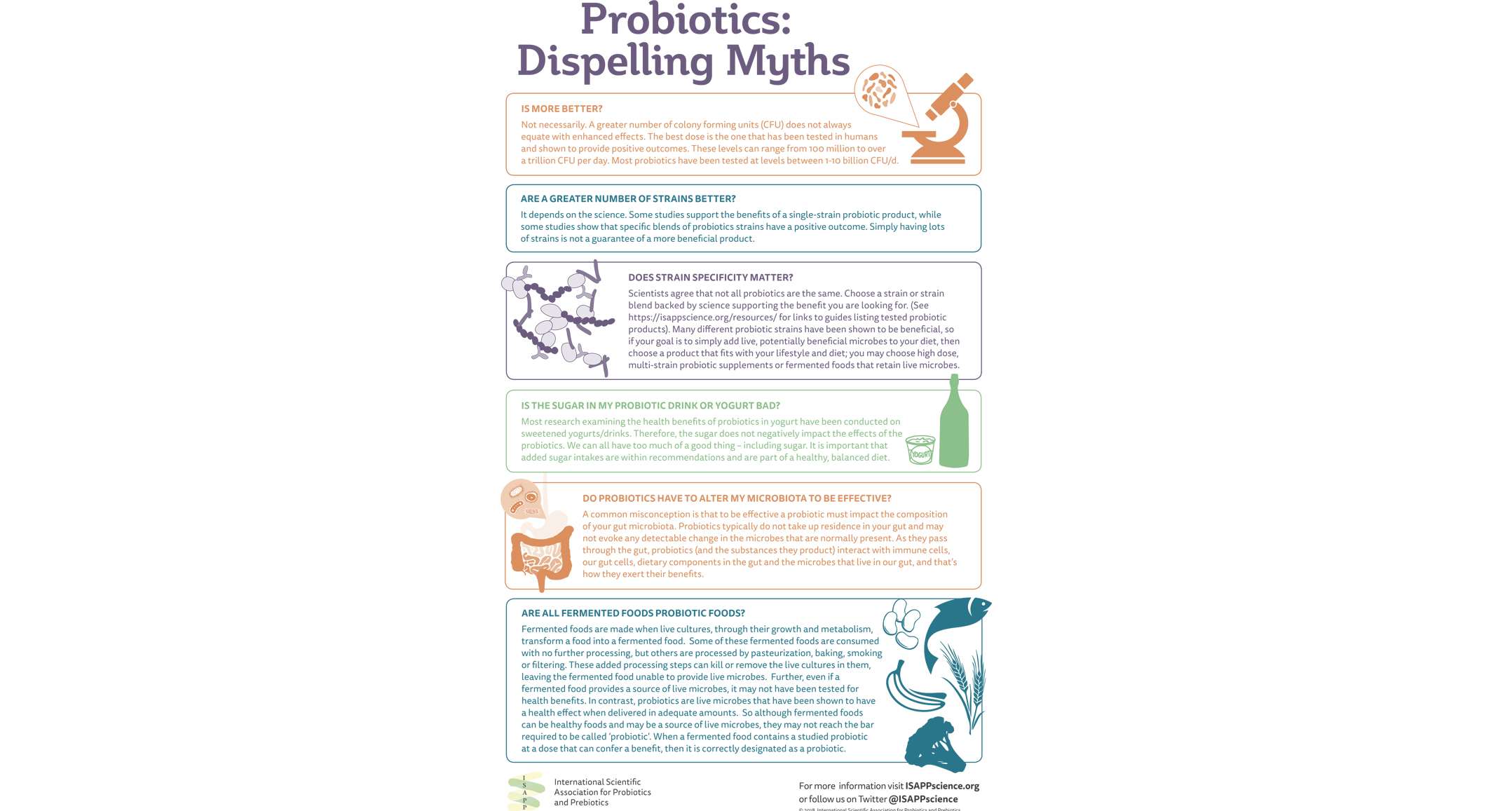