Professor Mihai Pop, of University of Maryland Institute for Advanced Computer Studies, recently co-authored a paper entitled Diarrhea in young children from low-income countries leads to large-scale alterations in intestinal microbiota composition. He took the time to speak with Gut Microbiota for Health about this study. 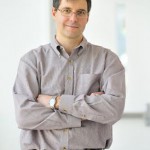 Why is it important to understand what causes diarrhea?

Our study is part of a much larger study that looked at [over] 20,000 children… and in that study, for all the samples they did typical diagnostic tests for the known causes of diarrhea and they found that, in over half of the children that came in with diarrhea, they couldn’t find the real pathogen.

The reason we decided to start this project is because diarrhea might be the largest killer of children in the world right now… So it’s a serious public health issue and it’s at some level new, but quite well demonstrated with data from the large GEMS study from which we took our data, that for about half of the cases we don’t really know what pathogen caused them. So we can’t even start to think about how we might treat or how we might prevent the disease if we don’t even know what causes it.

What surprised you about the results of this study?

First, if you look at children whether or not they are sick, then the number of bacterial groups that we would normally consider pathogens is quite astounding that we would be able to find in their guts. So we looked at different things like Shigella, for example, which is a well known diarrheal pathogen, and I think close to 80% of the children, whether or not they were sick… had Shigella in their gut microbiota. This is in very stark contrast to what you would see in the Western world. American children do not routinely have Shigella and if they do, they probably are sick.

The second discovery [was]… that we found streptococci to be associated with diarrheal disease, and this is quite surprising because generally streptococci are not considered to be diarrheal pathogens. There are several pathogenic groups in the streptococci but there’s also many streptococci that are quite common in the environment, including the ones that exist in yogurt. So this was very surprising to us and many people did not quite believe it. And, of course, there are many explanations of why we might find an association with disease but for that reason we need to conclusively prove to ourselves and to other scientists that this discovery is actually causal.

How are you intending to follow up on these results?

From our study we can only say that we have found associations: we have found statistical associations between certain bacterial groups and diarrheal disease. And so we have not yet proven that this is a causal connection. That’s the focus of the follow-up experiment that we’re doing right now, to first understand whether these particular organisms appear to affect epithelial cells in cell cultures, and then… to look at the genomes of the organisms to try to understand if they have certain toxins or certain other virulence factors that are associated in other organisms with diarrheal disease.

What are the limitations of your research?

We were looking at close to 1,000 children, which far eclipses similar studies before, but just the size of the data that we are dealing with is very small to be able to get really good statistical results. So I think this is something that us in the microbiome world, where it costs a lot of money to get samples prepared and sequence them, we’d like to convince ourselves that you can do something with about 100 samples or even fewer. Whereas [it] was pretty clear [that] when we were analyzing 1,000 samples, if we start stratifying by age or by country of origin or any other kind of clinical parameter, [we] very quickly run out of samples. So I think there are probably many things that we are missing, that right now do not have statistical support, but if we had the sample size of maybe 10,000 we might be able to say a lot more about that.

What are the potential clinical implications of your study?

As a clinical implication immediately it’s hard to tell, because the question is whether a clinician will take data from a study like this and say, “Oh, let’s try and test for something new.” But there are both, at some level, clinical implications and, at some level, public health implications. So on the clinical side… we found things [in our study]… for which there are lab tests already available because it’s a pathogen in other parts of the body. So there is the potential for starting to test for more pathogens when we get diarrheal stool samples, and try to figure out if there’s a way to treat against these pathogens that are not normally considered diarrheal pathogens.

We might be able to suggest [what we can call] ‘lifestyle changes’ or ‘environmental changes’ that would help prevent some of these diseases. This is just pure speculation from my part, but some of the streptococci we find associated with diarrhea are of animal origin or at least were initially identified in animals.

For us it’s pets, but for the children we looked at, we have the information that they might have had [for example] goats in the house. So it’s pretty much open living situations where you have animals coming in and out of the house and children playing in the pig’s pen… So that’s a completely different interaction with animals than we would have in the developed world.

So this raises a question about letting your children play with animals, or having animals in the house, and the question of whether that raises the likelihood that infants will develop diarrhea. So these are things that you could probably change, that [do] have societal implications or a larger scale.

What piques your interest right now in the field of gut microbiome research?

I think the really cool stuff that should be coming along is the ability to model microbial communities: to try to understand why microbial communities change in the way they do and what keeps them in a certain state… In many diseases it’s pretty clear that the way our immune system interacts with the microbiota, and [the way] the microbiota interact among themselves, affect how the microbial community changes over time. And how it’s perhaps stabilized in a particular state. To understand that, I think it’s really important to start doing computational modelling and I think that’s going to be really exciting stuff in the future and we’re involved in trying to develop some approaches to do that.