Interview with Dr. Karine Clément on human genes and microbial genes in obesity

Karine Clément is a physician and a professor at Paris 6 Pierre et Marie Curie University in Paris and director of an INSERM team. She is also the director of ICAN (Institute of Cardiometabolism and Nutrition),Pitié-Salpêtrière hospital, which focuses on care,

Karine Clément is a physician and a professor at Paris 6 Pierre et Marie Curie University in Paris and director of an INSERM team. She is also the director of ICAN (Institute of Cardiometabolism and Nutrition),Pitié-Salpêtrière hospital, which focuses on care, research, and training in cardiometabolic diseases with the aim of developing methods for personalized medicine. 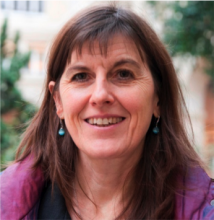 A synthesis of her talk (in French) can be found here.

She spoke with Gut Microbiota for Health about her July 1st presentation, as well as her ongoing research and practice in the area of metabolic diseases.

Who attended the presentation, and why were you chosen to speak?

The topic was about gut microbiota in metabolic diseases and cardiovascular risk… There were lots of people. I’d say it was half-[and]-half academics and people from companies.

I’m the head of this new institute in France called the Institute of Cardiometabolism and Nutrition (ICAN), created as part of a French government initiative called “Investment for the future”.  There are six [similar institutes] in France… The overall idea is to accelerate transfer of knowledge from basic research to clinical investigation and patient care. ICAN links together people involved in metabolism, nutrition, and cardiology: researchers to clinicians in the field.

Inside the institute, I’m the co-ordinator at INSERM of a European project called Metacardis, in which associated teams are studying the role of gut microbiota in cardiometabolic diseases. We study the patient at different stages of their cardiometabolic diseases that include patients with metabolic syndrome, obese patients, diabetics, and patients with heart diseases. So what we want to do… is to study gut microbiome signatures in these patients.

Can you give us an overview of your presentation and the ensuing discussion?

Basically what I did was a review in the field of obesity… [I started with] papers showing the change of gut microbiota in animal models, gut microbiota transfer, and the meaning for humans, and… how [we can] translate this information.

And then I focused on another part on the work we’ve done on our side with gut microbiota diversity in obese people … where we sequenced gut microbiota in overweight and obese subjects and showed that about 30% of individuals have low diversity (impoverishment of gut microbiota), and this is associated with increased insulin resistance and increased factors related to inflammation. This was published in August 2013 in Nature: we did this intervention study where we had a calorie restriction diet but… rich in protein, and we observed that with this type of dietary intervention you can have an improvement of gut microbiota diversity.

The other model we work on, especially now at our institute, is bariatric surgery. So we have a lot of patients in whom we follow the gut microbiota profile before and after bariatric surgery and basically make associations between a bunch of metabolic and inflammatory factors and the change in gut microbiota.

Then we had an interesting discussion about human studies in which cannot infer causality, we find associations. So what can we do to find… the mediators, and have more mechanistic insight, especially in humans?

The discussion ended [with] this: : there are major challenges in common diseases, especially for obesity, it’s a very complex disease. There are lots of environmental factors, lots of heterogeneous phenotypes with different types of patient profiles, and now we have more and more information coming in, in general, from the ‘omics’… and one of the challenges is: Is it helpful for the patient? First for a better knowledge of the disease and second for a better understanding of patient phenotype? So there are many challenges [in] how we deal with all these types of information, how we treat them, how we integrate them, and how this would [help us] in the future to better understand complex metabolic diseases such as obesity and diabetes.

You started your research career by studying human genes in relation to metabolic diseases. What led you to study microbial genes?

Then I switched to extreme obesity and worked for several years in trying to approach the complexity of obesity by screening the genes. So for example… I discovered [the] first patient with leptin receptor mutation. My team then worked for several years… on the leptin melanocortin pathway, and we discovered a mutation in leptin receptor as well as melanocortin 4 receptor, which is a very important receptor involved in the control of food intake, as well as in energy expenditure.

There’ve been lots of studies on trying to identify human genes associated with obesity and there have been many genes found but it’s very difficult to find good [genetic] predictors for obesity and it seems that their effect is quite small… So then [about] fifteen years ago I switched [to]… some more functional aspects and I started a team and the team worked a lot on the biology of adipose tissue, working on transcriptomic approaches first. Then we discovered the importance of inflammation and fibrosis in the human adipose tissue, and we started going deeper into mechanisms, so working on some human and cellular and mouse models. So we did a lot on the inflammation the adipose tissue. We combined animal model studies and human studies. And of course [after doing] dietary interventions, I was aware about the work on the gut microbiota but not going really deeper into that. And in 2008 I discussed with some colleagues  who were experts in microbiology (at INRA Dr. Doré and Dr. Ehrlich) doing some sequencing in the gut microbiota, and we decided to run a clinical trial.

And what I feel [is] interesting is that it’s a way to basically look at some changes in the bacterial population via the study of the genes. So what we do now in the lab is that we focus on the link between gut microbiota and some compounds, and modification of the adipose tissue and especially inflammation in the adipose tissue. We have some ongoing studies on that.

A presentation you gave in 2012 made mention of enterotypes. What is the most up-to-date thinking about enterotypes and obesity?

There is lots of debate about the role of enterotypes, and there has been a paper about some type[s] of food consumption and the associations with enterotypes. But for obesity, I think we have no real clue about the importance of enterotypes in obesity development per se. Because… especially in the work we’ve done with people at INRA here, with experts in sequencing, it was not so clear [that we could] use enterotype as stratification for obesity. So I would be very cautious about that for now. I think we don’t have enough information.

In the future, what do you hope gut microbiota research will bring to our understanding of obesity?

One of the problems, again, with obesity research is that it’s really a systemic disease. There are many, many factors involved. There has been, for lots of years, work in the brain, and it’s true the brain is very important. But it has been very disappointing in terms of finding efficient drugs, and safe drugs.

So as a physician what I would like in the future is, first, trying to find ways to better stratify patients. It’s very heterogeneous, and this is why also I thought that studying the gut microbiota was interesting because… we don’t know [yet], but it’s a way maybe to stratify better patient groups. And over time, if you have individuals with a low bacterial gene amount, and low diversity, maybe it’s important to find this group and find accurate treatment for them. That’s one aspect.

Another one is that there are lots of things on bariatric surgery, but it’s really for extreme cases of obesity. So we really need new approaches. It would be quite nice [if] we found… new approaches to take care of obese patients. Not only for their obesity per se, but also for lots of complications associated with obesity. Especially those complications linked to inflammatory changes. It’s too early, but I doubt that just acting on the gut microbiota will make a big difference. Probably that’s one aspect of care of obese patients [who], in any case, need to be [addressed] with multiple types of approaches. You have, of course, change of diet, physical activity, [and the] psychological approach, but we need new ways of treatment. So this may open [up] new hopes.

This article has been edited for clarity and length.