How are probiotics delivered most effectively?

Probiotics (mainly Lactobacillus and Bifidobacterium) are often consumed in dairy products, such as yogurts and fermented dairy drinks. 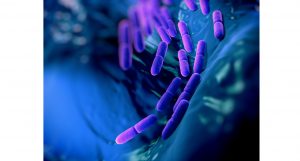 Probiotics (mainly Lactobacillus and Bifidobacterium) are often consumed in dairy products, such as yogurts and fermented dairy drinks. However, the role of these products as carriers or food delivery matrix in probiotic performance in the intestine is not well understood. To date, few trials have investigated the question of whether a probiotic consumed regularly is more effective when delivered on its own, or as part of a food ‘shuttle’.

To address this question, Lee and collaborators used a dextran sulfate sodium (DSS)-induced murine model of ulcerative colitis to test the effect of a probiotic (Lactobacillus casei BL23) on inflammation when provided either as part of a fermented milk or in a nutrient-free buffer simulating consumption as a nutritional supplement.

The results obtained indicate that Lactobacillus casei BL 23 enriched certain bacterial species and protected against colitis when provided in the food shuttle, but not in the nutrient-free buffer. However, L. casei in the buffer appeared to modulate immune responses.

The study concluded that the food delivery matrix have a significant effect on probiotic efficacy and can affect probiotic performance in the intestine. Thus, the authors suggested that dairy products might be the preferred delivery matrix for at least certain probiotic strains for benefiting human health.

Can probiotics have anti-inflammatory effects worth considering in chronic intestinal diseases?

Inflammation has been involved in the onset of chronic diseases. Probiotics emerge as a potential dietary tool for managing those conditions, partly through their role in immune system modulation and the anti-inflammatory response. Find out what is known about the anti-inflammatory effects of probiotics and their potential applications at the bedside.