Highlights from the ISAPP 2016 Meeting in Turku, Finland

The International Scientific Association for Probiotics and Prebiotics, in its 15th year, held its 2016 Annual Meeting June 7th to 9th in Turku, Finland. Prof. Seppo Salminen, who has more publications on probiotics than any other researcher globally, was the local 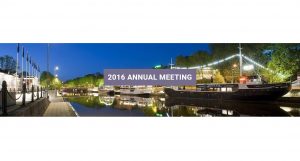 The International Scientific Association for Probiotics and Prebiotics, in its 15th year, held its 2016 Annual Meeting June 7th to 9th in Turku, Finland. Prof. Seppo Salminen, who has more publications on probiotics than any other researcher globally, was the local host. The program featured a broad cross-section of speakers and topics, a vibrant poster session comprising 32 abstracts from students around the world, seven half-day workshops, and a renaissance dinner at the 13th century Turku Castle.

One highlight of the meeting was the keynote address delivered by Colin Hill, Professor of Microbiology at University College Cork (Ireland) and Past President of ISAPP. He reminded us that the microbiome is more than the bacteriome and focused his talk on the phageome. Bacteriophages are thought to be the most abundant entities in any habitat harboring bacteria. Their importance in shaping microbial communities can be understood from the fact that “roughly half of all bacteria on earth are killed every second day by phages, on our food, skin, gut, environment, water, etc.” (Rohwer and Edwards, 2002) Phages provide a type of innate immunity by their targeted killing of bacteria and may play a role in preserving the microbiome’s functional robustness. For example, studies have shown that phages respond to antibiotics by enriching phage-encoded antibiotic resistance genes, suggesting that gut phages “may be an adaptive repository for functions important for the host-commensal relationship that may otherwise be depleted by antibiotic perturbation.” (Modi et al. 2013) Similar to the pattern observed with bacteria, each person has a unique phageome. The phageome is relatively stable over time, but it does respond to diet.  Unraveling the gut phageome using shotgun sequencing is underway, but the work is in its infancy, with very limited genome databases.  Therapeutic uses of phages, which exploit their specific and lethal antibacterial activity, were developed in the early-to-mid 20th century. They fell from favor when antibiotics became the preferred approach to controlling pathogens. With the spread of antibiotic resistance among dangerous pathogens, and the damage done by antibiotics to the gut microbiome community, phages are experiencing a renaissance in the scientific community.

Even though therapeutic phages are being used in some countries, Prof. Hill clarified that phages are not probiotics because they are not alive. Still, the future may see phages that are able to modulate the gut microbiota, specifically neutralize pathogens, or otherwise contribute to health.

The 2017 ISAPP meeting will be held in Chicago at the InterContinental Magnificent Mile and the Gleacher Center. The program is currently under development.