The American Microbiome Institute (AMI), established in 2013, is a non-profit organization whose purpose is to advance microbiome science and education. William Bonificio and David McKeon, the co-founders and co-CEOs, have assembled a scientific advisory board that includes Martin Blaser, Rob Knight, and

The American Microbiome Institute (AMI), established in 2013, is a non-profit organization whose purpose is to advance microbiome science and education. William Bonificio and David McKeon, the co-founders and co-CEOs, have assembled a scientific advisory board that includes Martin Blaser, Rob Knight, and other prominent scientists.

Bonificio represented the AMI at the recent Harvard Probiotics Symposium, and sat down with GMFH to talk about the developing organization. 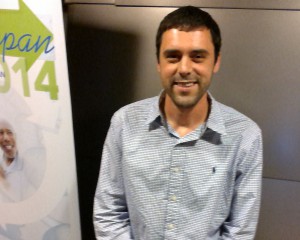 “We saw the microbiome as an emerging field that lacked a non-profit focused on the needs of the field,” says Bonificio. “Through talking to scientists we’ve discovered what these needs are, and that’s where we hope to make our impact.”

While the organization has a long list of ways to help advance microbiome science, Bonificio describes four areas where he hopes the AMI will be involved: quality control, resources for researchers, a database of biological samples, and education.

The organization’s focus on quality control in research studies comes through its support of an existing initiative, The Microbiome Quality Control project (MBQC). Bonificio says, “There’s very little standardization now amongst groups, like how to sample the microbiome, do DNA extraction, different analysis methods. There’s little known about what variables are introduced during those things.”

The AMI may also become the go-to organization for researchers who want to start gaining expertise in the field. “What we’d like is to create a microbiome core to have help for analysis and study design,” says Bonificio. “Another major issue that we’ve seen from discussing with scientists is that unless you belong to one of these top groups it’s really hard to get into the field, because the barrier to do these studies is so high. We’ve talked to these scientists and they said they’re inundated all the time with people who need to have this work done, who have these ideas, especially in peripheral fields, like nutrition… so they get a lot of requests to help with study design and things like that. They may not have the capacity or time.” He explains, “We’d like to create a core facility where other researchers can come and consult and also maybe even do the analysis within our facility.”

Furthermore, the AMI would like to see the establishment of a database that keeps track of biological samples used in microbiome research. “A lot of these researchers have samples. Like you’re a clinician, you have all these infant microbiome samples and you have them in your freezer,” says Bonificio. “And you’ve analyzed them for what you needed them. But this exists now that someone else could use but there’s no real way for these two people to get in touch and understand that they have these samples.”

Although the word ‘American’ is in the name, the organization will make ties to researchers in Europe. Bonificio says, “We’ve seen that Europe is maybe two years ahead of the United States and there’s a lot of parallel programs happening.”

Bonificio sees the role of a non-profit organization in the field as unique. “We can fund things that wouldn’t traditionally be funded for academic projects and for industrial projects because they may not result in results that are very tangible or deemed to be of concrete importance,” he says. The organization, however, may structure some of its projects as revenue-generating so it can sustain itself over time.