Previous studies have found that ageing is related to decreased gut microbiota diversity and increased opportunistic pathogens together with a low-grade inflammatory state, which may lead to an increased morbidity and frailty. By contrast, long-lived people appear to have a 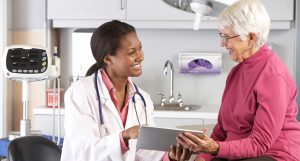 Previous studies have found that ageing is related to decreased gut microbiota diversity and increased opportunistic pathogens together with a low-grade inflammatory state, which may lead to an increased morbidity and frailty. By contrast, long-lived people appear to have a gut microbiota profile enriched in beneficial bacteria involved in the production of short-chain fatty acids. Although hospitalized elderly people are often polymedicated and show multimorbidity, researchers have not yet investigated whether these conditions are correlated with gut microbiota composition.

A new observational study, led by Dr. Tiziana Meschi from the Department of Medicine and Surgery at University of Parma and Azienda Ospedaliero-Universitaria di Parma (Parma, Italy), has found that in hospitalized elderly patients polypharmacy is associated with a reduced gut microbiota biodiversity and the severity of dysbiosis predicted mortality after a 2-year follow-up.

The researchers analysed through next-generation sequencing (16S ribosomal ribonucleic acid microbial profiling) the faecal microbiota composition of 76 elderly hospitalized patients (mean age 83 years; 39 males and 37 females) with a high burden of multimorbidity (with 2 or more chronic diseases -assessed by the Cumulative Illness Rating Scale (CIRS) model), frailty (the functional performance of participants was assessed by the Rockwood Clinical Frailty Scale (RCFS)) and polypharmacy (number of drugs chronically taken by the patient). Besides this, a control group of 25 healthy active elderly volunteers (age equal or higher than 65 years) without multimorbidity (no more than one chronic illness) or frailty and not taking a high number of medications (< 5 drugs) was also enrolled. The relationship between gut microbiota composition and polypharmacy, indices of multimorbidity, and frailty were assessed using statistic regression models. 2-year mortality, rehospitalization and incident sepsis were measured as clinical outcomes.

Faecal microbiota composition differed significantly between hospitalized patients and controls. Besides this, after adjusting by age, sex, CIRS Comorbidity Score, RCFS and days of exposure to antibiotic treatment, the number of drugs was associated with the relative abundance of 15 taxa. Specifically, the association was negative for Massilia and an unclassified member of the Lachnospiraceae family and positive for Bradyrhizobium, Coprobacter, Helicobacter and Prevotella. Frailty and multimorbidity were not significantly associated with gut microbiota biodiversity.

In conclusion, this study supports the idea that in elderly hospitalized patients polypharmacy helps determine gut microbiota composition, with possible detrimental clinical outcomes as shown by the increased mortality at follow-up detected in those patients with the lowest gut microbiome diversity. This study also adds to evidence of previous observational studies (here, here) that found links between antidepressants and antipsychotics and gut microbiome composition.