Gastric bypass surgery has been revealed as an effective method for fighting morbid obesity, as this kind of intervention usually leads to a significant weight loss. Until now, scientists were not aware of the important role of the gut microbiota 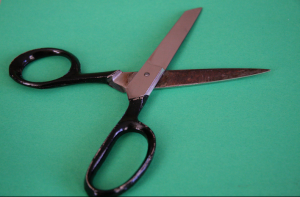 Gastric bypass surgery has been revealed as an effective method for fighting morbid obesity, as this kind of intervention usually leads to a significant weight loss. Until now, scientists were not aware of the important role of the gut microbiota in the positive effects of this treatment. According to a recent study published in Science Translational Medicine, the intervention could alter the composition of the gut microbiota, thus aiding the rapid weight loss usually experienced by patients. Changes in the microbiota therefore contribute to the beneficial effects of this kind of surgery (such as loss of volume and fat).

The study shows that alterations in the types of short-chain fatty acids in the microbiota may be responsible for weight loss. The most significant alterations took place in two different bacteria groups – Proteobacteria such as E. coli and Verrucomicrobia, which are not usually detected in healthy humans and rodents. Changes were significant and happened quickly following surgery, after the first week, throughout the gastrointestinal tract.

Until now, studies in humans and rodents had shown that a gastric bypass restructures the microbiota, thus supporting the hypothesis that some of the effects of this surgery are caused by these changes. To prove this hypothesis, researchers carried out gastric bypasses on 12 obese mice that, according to predictions, lost 29% of their weight, even though they followed a high-fat diet. Faecal samples were taken from the operated rodents and these were transplanted into sterile mice that were not obese and in which weight loss was noted in spite of no changes being made to their diet. This result showed that a modified microbiota may be an influential factor in weight loss.

Interviewed by the Gut Microbiota for Health online platform publishing team, Dr Alice Liou (first author of the study) from Massachusetts General Hospital, says that these findings are a step forward in research into microbiota. “This is the first study that shows that the benefits of gastric surgery can be mediated by the alteration of the intestine’s bacterial communities. It remains to be seen whether a similar approach could be useful in humans, but the study does support the now increasing evidence that changes in the microbiota can affect health.” According to Dr Liou, research must continue to find out how the communities of microorganisms that inhabit our intestine can mediate the organism’s energy balance and lead the development of non-surgical therapies that may be effective in fighting obesity and diabetes.