Researchers know the fecal microbiota of infants is a treasure trove of information -- it can reveal details about delivery mode and diet -- but microbiota-based predictions about future health are only beginning to emerge. A team of researchers led

Researchers know the fecal microbiota of infants is a treasure trove of information — it can reveal details about delivery mode and diet — but microbiota-based predictions about future health are only beginning to emerge. A team of researchers led by Brett Finlay, professor in Biochemistry & Molecular Biology and Microbiology & Immunology at the University of British Columbia in Canada, studied the diapers of over 300 infants and found that they could indeed predict something about the children’s health later in life: a transient disturbance in fecal microbiota within the first 100 days was associated with the development of asthma by age three. 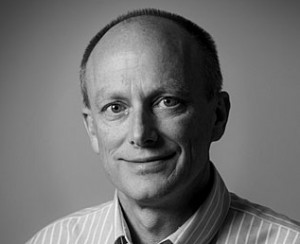 Brett Finlay of the University of British Columbia, Canada

Finlay says when the team first analyzed the microbiota samples of the three-month-olds, they saw no obvious dysbiosis.

“I tend to think dysbiosis is a major upset in your microbiota,” he says. “We looked at the [principal component analysis] plots of these bugs and we didn’t see any difference between either the three-month- or one-year-old kids in those at risk, or not [at risk of asthma],” he says.

“We had to dig deeper down. Once we [looked at] the species, genus levels, we started to see these differences… we found these four microbes that were lacking or in incredibly low numbers in the kids that were at the very highest risk of getting asthma later in life.” Specifically, they observed a decrease in the relative abundance of the genera Lachnospira, Veillonella, Faecalibacterium, and Rothia.

Yet the differences vanished by the time the children reached toddlerhood. “By one year, we couldn’t detect differences in these four microbes: they were there, the same as the others.”

Finlay says, “The fact that such early life [is of] key importance for something that’s not going to hit you for another [three to] five years is really quite surprising.”

“When we took feces from a three-month-old [who] we know goes on to develop asthma… he lacked these four bugs. We put these four bugs into [the sample], put it into a germ-free animal… then [induced] asthma; those with the four bugs, they didn’t get asthma,” he explains. “That’s the closest we’ve come to doing causation of these bugs as opposed to just correlation.”

This human data supported earlier findings in mouse models, leading Finlay’s team to clues about the mechanisms behind the microbe-associated reduction in asthma risk. “I think they’re shaping and pushing how our immune system develops,” he says. The study suggests a ‘critical window’ in which gut microbial changes can somehow influence the developing immune system in a way that affects later lung inflammation.

Finlay notes that the team also found disruptions of certain metabolites (namely, fecal acetate and enterohepatic metabolites) in infants at risk for asthma. So far it’s not clear whether the microbes themselves influence asthma development, or whether the metabolites do their bidding.

In future studies of this kind, Finlay hopes metagenomic analysis will provide more information. “You’ve got these four microbes. The question is, what are they doing? What do they encode and what are their metabolites?” he says. “Metagenomics will start to give you clues about [what] these bugs that have effects are encoding. Maybe other bugs can then encode them.”

The UBC researchers hope this line of study eventually opens up the possibility of predicting asthma in babies who are brought into the clinic. “Can you identify infants at risk, and assuming you can, can you do something about it?” Finlay wonders. “Could you squirt these four bugs in the mouth of a three-month-old that’s lacking them? Or if a young kid has a very severe bacterial infection that has to be treated with antibiotics, could you then replenish these so [the child is] not more at risk for the things that happen due to antibiotic use?”

“We’re now looking at the use of these four microbes to see if they couldn’t be used ‘probiotically’, in a sense, and affect asthma development,” says Finlay.