The human gut virome is stable and highly individual over time 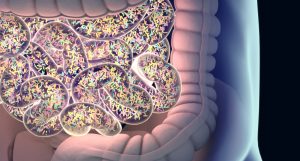 Besides bacteria, researchers have begun to study archaea, fungi, protozoa and viruses of the human gut microbiome. Although it is now known that the human gut microbiome contains several viruses, most of which are bacteriaphages, little is known about the human gut virome partly due to limitations in analyzing the fecal virome with the current metagenomic and bioinformatic protocols and technology. In fact, the human gut virome has been called “viral dark matter” because taxonomic classification of bacterial viruses is largely unknown due to the high inter-individual variation of species, lack of a universal gene marker like 16S ribosomal ribonucleic acid (rRNA) for bacteria, and viral databases that are largely incomplete.

As more research emerges, the human gut virome is now known to be a complex ecosystem that comprises a diverse community of viral species that are involved in health. This includes malnutrition and regulating immune responses, e.g. in severe immunodeficiency in HIV patients, and it may also play a role in diseases such as inflammatory bowel disease. In fact, the human gut virome is believed to play a major role in shaping the intestinal ecosystem by altering bacterial diversity and facilitating horizontal gene transfer*.

Shkoporov and colleagues from University College Cork in Cork, Ireland recently published a longitudinal metagenomic study of the human fecal bacteriophage population of 9 healthy adults that included monthly sampling for 12 months, as well as one healthy subject who underwent 26 months of sampling. The researchers sequenced amplified DNA and circular DNA (cDNA) derived from extracted fecal virus-like particle fractions. These sequences were then complemented by the 16S rRNA gene library to put the gut virome composition in a broader context of total microbiome structure. Additionally, the scientists created a new viral sequence catalogue of complete and partial viral genomic sequences and fragments after rigorous removal of bacterial sequence contaminants in order to achieve a more complete and less biased viral database.

The authors discovered that the human gut virome composition, including α-diversity, and viral counts, is significantly stable over time and highly variable between individuals, which they call persistent personal viromes. Moreover, they also detected a small phylogenetic core of 22 dominant and persistent viral groups, which was composed of primarily crAss-like phages, Caudovirales order of double stranded DNA bacteriophages, and single stranded DNA virulent phage family Microviridae, which are believed to infect the majority of the bacterial microbiota and are indeed virulent bacteriophages.

The authors postulated that crAss-like phage and bacteriophages may play a key role in the gut virome as they had the highest likelihood of being shared among individuals and dominated the small phylogenetic core of viruses. They also observed close correlations in microbial composition between bacterial microbiomes and viromes. For example, high relative levels of Prevotella and low total viral loads were associated with increased virome α-diversity.

The researchers also analyzed CRISPR spacer sequence matches with bacterial genomes which revealed that the majority of persistent personal viromes phages infect the abundant and persistent bacteria from the genera Bacteroides, Faecalibacterium, Eubacterium, Prevotella, and Parabacteroides. Prokaryotes-like bacteria have evolved to obtain various defense mechanisms against bacteriophages such as DNA sequences of bacteriophages called CRISPR (Clustered Regularly Interspaced Short Palindromic Repeats). Since these repetitive sequences are common in prokaryotic genomes, vary in length, sequence, and position and often are unique for a single strain, they are a useful tool for identifying specific bacterial strains.

In addition to the persistent personal viromes, they defined the non-persistent virome in each individual as the transiently detected virome (TDV) that is less stable and individualized and has a low abundance compared to the persistent personal viromes. Interestingly, these transient phages contain multiple CRISPR protospacers mapping to bacterial taxa such as Streptococcus, Clostridium, Akkermansia, Acinetobacter, Listeria, Escherichia and Bilophila that are more transient and less abundant in the human gut microbiome.

On the whole, this longitudinal study demonstrates the human gut virome is stable over time and specific to each individual. This novel metagenomic study of what a healthy human gut virome looks like paves the way for a better understanding of how intestinal bacterial and viral interactions interact and shape host health.