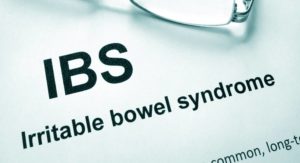 Irritable bowel syndrome (IBS), defined according to Rome IV criteria as abdominal pain related to defecation and/or change in bowel habit without detectable organic causes and currently seen as an example of disturbed gut-brain communication, interferes with the quality of life of an increasing number of people.

Multiple factors may drive the onset and pathophysiology of IBS, with certain food items considered important triggers of gastrointestinal symptoms for most IBS patients.

A recent narrative review in Nutrients, led by Dr. Magnus Simrén from the University of Gothenburg in Sweden, explores the scientific evidence regarding dietary management of IBS.

It is therefore no surprise that excluding certain foods and food groups related to gastrointestinal symptoms (symptom-directed treatment approach) is a common pattern among IBS patients. As a result, the nutritional quality of their diets might be compromised.

Initial studies with dietary interventions in IBS patients date back to 1977. In the beginning, an increase in fiber content in the form of wheat bran showed benefits in ameliorating gastrointestinal symptoms in IBS (named the ‘bran era’). Although bran or a high-fiber diet might benefit IBS patients with constipation, dietary fiber might also worsen symptoms for others. Thus, dietary fibers could be beneficial and safe especially in IBS patients with constipation, with a predominance of less fermentable fibers (i.e. cereals and vegetables) that contribute most to fecal weight. A shift towards soluble fiber should therefore be encouraged if gas-related symptoms are a problem.

Food intolerances are commonly reported in IBS patients, leading to exclusion diets as a potential treatment option. In this regard, the National Institute for Health and Care Excellence (NICE) guidelines for IBS were published in order to clarify science-based interventions in IBS adults in primary care. Dietary and lifestyle advice is recommended in an initial step, followed by more aggressive dietary approaches (i.e. low-FODMAP diet) only if patients develop refractory IBS.

The low-FODMAP diet is a widely used dietetic approach for keeping at bay functional gut symptoms. Although its efficacy has been documented in the short term (of up to 4 weeks), the extent to which it may benefit IBS patients in the long-term is unknown. In terms of safety and adverse outcomes, a low-FODMAP diet has been found to reduce the levels of beneficial gut bacteria (i.e. Bifidobacterium species). This adverse effect can be ameliorated by using probiotics or even by replacing a continuous low-FODMAP diet with intermittent prebiotic administration.

Little is known about how carbohydrate diets might help relieve IBS symptoms. In particular, lactose can also act like a FODMAP when not digested in the small intestine. Even though IBS and lactose intolerance are common conditions that sometimes co-exist, there is not enough evidence to systematically recommend a low-lactose or lactose-free diet to patients with IBS. Likewise, an improvement in gastrointestinal symptoms has been reported in patients reducing fructose and fructans in their diet, though the long-term adherence of such diet and efficacy remain to be seen. On the whole, excluding lactose and fructose/fructans is mostly done in the context of a low-FODMAP diet, which is considered a second-line dietary treatment for IBS patients.

Finally, different components of wheat, including gluten but also albumins such as amylase-trypsin inhibitors and fructans, might be involved in the onset of gastrointestinal symptoms. Although a symptomatic overlap between IBS and non-celiac gluten sensitivity has been reported, results are mixed and it is too early to recommend a gluten-free diet for symptomatic improvement in patients with IBS.

Due to the complexity of providing specific dietary advice for IBS patients, focusing on personalized diets for IBS patients rather than the current one-size-fits-all approaches presents a promising approach. Preliminary findings have shown that responsiveness to a low-FODMAP diet intervention (but not a traditional IBS diet, i.e. regular meal pattern, avoidance of large meals and gas-producing foods, etc.) may be predicted by fecal bacterial profiles. However, the evidence to support the existence of signature gut microbiota compositions that accurately predict clinical response to diet in IBS patients remains inconsistent.

This review article belongs to the special issue “Food and Diet for Gut Function and Dysfunction” in the peer reviewed open access journal Nutrients. This issue was instigated by the European Society of Neurogastroenterology and Motility, guest edited by Profs Fernando Azpiroz and Paul Enck, and made possible through an unrestricted educational grant from Danone.