Demographic, environmental, and host genetics and the gut microbiome in healthy individuals 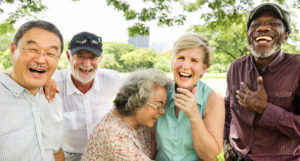 Although the gut microbiome remains relatively stable throughout adulthood, various environmental factors such as disease, and diet have been reported to affect the gut microbiota composition. Although host genotype may influence relative abundance of microbial taxa, only few associations between host genetics and gut microbiota diversity have been found. Thus, inter-individual gut microbiome variation remains largely unexplained.

Researchers from different institutions from Switzerland, France, Sweden and the US investigated the role various socio-demographic and environmental factors play in inter-individual gut microbiome variation from 858 healthy adults of French descent from the Milieu intérieur cohort. They did this by analyzing stool samples via 16S ribosomal RNA (rRNA) sequencing, genetic variation via a genome-wide association study (GWAS), as well as 110 different non-genetic factors that included demographic, behavioral, nutritional, and medical data. These participants were living in the same region and only 1% of the individuals were on over the counter medication throughout the duration of the study in order to eliminate possible variables that might affect the gut microbiome.

In total, all non-genetic factors explained 16.4% of the variance, and out of the more than 5 million single nucleotide polymorphisms (SNPs) analyzed, no significant genome wide associations were found in relation to fecal microbiome diversity. On the other hand, age along with the level of alanine aminotransferase (ALT), glomerular filtration rate, having breakfast and eating in fast-food restaurants were variables that significantly affected all α-diversity models whereas sex and BMI did not show any consistent association. Moreover, increased α-diversity was associated with foods generally considered as healthy (fruits, fish), while a decrease was associated with foods generally considered unhealthy such as fried foods.

In agreement with previous studies, sex and age had the most significant effects on all β-diversity indexes. Other factors that had mild yet significant correlations with β-diversity in this cohort include medical history (especially chickenpox vaccination and teeth extraction), blood measurements (ALT levels and diastolic blood pressure), and lifestyle (such as tendency to have breakfast or lunch as well as appetite).

Finally, while exploring how certain factors affect the gut microbiome on a taxonomic level, Scepanovic and colleagues found an association between age and the Comamonadaceae family and the Schlegelella genus. They also discovered a correlation between oral mineral supplement consumption and the Clostridium papyrosolvens species, though the clinical relevance of these findings is currently unknown.

In conclusion, host genetics appears to play a minor role in shaping the gut microbiome while various non-genetic factors, primarily demographic and environmental, were associated with individual taxa in healthy individuals.

Although this study was comprehensive in its evaluation of several host variables, longitudinal studies of larger cohorts are needed in addition to more diverse genotyping arrays that evaluate rare genetic variants. Furthermore, shotgun sequencing is preferable to 16S rRNA genotyping which provides a narrower picture of the overall gut microbiome diversity and variability. Hopefully in the near future metagenomic and genomic data can be pooled across cohorts to gain a broader understanding of how host environmental factors and genetics shape the gut microbiome.