Consuming refined fermentable fibers could have a negative impact on your liver health, a new study reveals 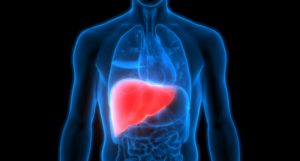 Consuming whole foods rich in natural fibers confers an array of health benefits. Unlike the insoluble fibers that pass through the digestive system unchanged, soluble fibers such as inulin and pectin are fermented by the bacteria found within the gut. Fermentation generates essential nutrients for the survival and growth of these gut bacteria; moreover, the production of gut metabolites (such as short chain fatty acids and secondary bile acids) can either promote or demote functions within the body. Therefore, soluble fibers have a considerable influence on both the diversity and the metabolic activity of the gut microbiota, which in turn can affect our overall health. With these beneficial properties in mind, the food industry has been spurred to adopt the “fiber in, fat out” concept by increasingly fortifying foods with refined and processed fibers. While this is a positive idea for benefitting human health, a recent study published by researchers from the University of Toledo, in Cell, raises a health concern about that these refined soluble fibers, which are added to some processed foods as a dietary supplement, may not be as beneficial as we think.

With the original notion that dietary fibers are favorable for health, Matam Vijay-Kumar and his research group, which included Vishal Singh and  Beng San Yeoh, proposed that a soluble fiber-enriched diet might combat obesity-related complications. To test this hypothesis, they fed inulin to microbiota-dependent, spontaneously obese mice. As predicted, the inulin-containing diet staved off obesity for a subset of mice (~40%); however, they noticed that these mice developed other adverse effects. The first indication of a new complication was that the mice started to display elevated serum bilirubin (commonly observed in patients with jaundice), indicative of liver dysfunction. Considering that generating hyperbilirubinemia in mice is challenging, the team continued to feed inulin to the mice and carefully watched for any further health issues. Even though the mice still maintained alleviated obesity-related complications, feeding them inulin for six months unexpectedly resulted in the development of liver cancer.

“Such a finding was shocking,” said Dr. Vijay-Kumar, senior author of the study, “but at the same time, we recognized this potential importance and accepted the challenge of exploring how the processed, dietary soluble fibers induced liver cancer.”

Since the inulin used in this study is a highly processed refined fiber, this raised a serious question about whether these processed fibers hold physiological effects similar to their naturally occurring counterparts.

“Compared to the diets in human evolutionary history, refined fibers are a new addition to foods, and we are in the very early stages of understanding the risks and benefits they may present,” said Dr. Singh, a Crohn’s and Colitis Foundation Fellow at The University of Toledo (Ohio, USA) and lead author of the paper. “We do not want to discourage the use of fibers as food additives, but we caution against neglecting the possibility of adverse side effects for certain consumers taking over-fortified foods.”

Dr. Andrew Gewirtz, a professor at the Institute for Biomedical Sciences at Georgia State University (USA) and one of the study’s authors, further states that “Enriching foods with purified fibers may not recapitulate the benefits of eating fruits and vegetables naturally rich in soluble fiber. On the contrary, our findings indicate it may result in serious, life-threatening liver cancer development in some individuals. Hence, we think that the recent FDA rule change effectively encouraging the market of fiber-fortified foods as health-promoting is ill-conceived and should be reconsidered.”

To further emphasize the notion that processed, refined soluble fibers are the culprit for the development of liver cancer, Dr. Vijay-Kumar and his group tested whether they would observe the same health problems when feeding mice a grain-based chow diet (composed of naturally milled food ingredients, which can be considered as whole food) that was supplemented with refined inulin. They observed that this diet did not induce liver cancer in mice. Now, the next step for this group is to determine how ‘processed’ vs. ‘whole’ food preparation could command the effects of refined soluble fibers on our health. Moreover, Dr. Vijay-Kumar’s group is exploring whether differences in genetics, microbiota, metabolic functions, and immune systems are involved in dictating which mice are susceptible to developing liver cancer upon feeding on fermentable fiber.

Researchers from the Univ. of Toledo-Microbiome Consortium
Dr. Vishal Singh (left), Crohn’s and Colitis Foundation Fellow, and Dr. Matam Vijay-Kumar (right), Associate Professor at the Dept. of Physiology and Pharmacology, College of Medicine, The University of Toledo, OH, USA. The current and future research goals of this group is directed toward preclinical studies that can be used translationally to develop dietary fiber-based therapies for liver diseases and intestinal inflammation. Drs. Singh and Vijay-Kumar envision that not all fibers are created equally, nor will they be fermented uniformly by the gut bacteria. Dr. Singh has published more than 40 research papers in peer-reviewed scientific journals and serves as a reviewer for many international journals. Dr. Vijay-Kumar has published more than 70 articles in peer-reviewed scientific journals. He is Director of the University of Toledo-Microbiome Consortium (UT-MiCo) and serving as editor and reviewer for many international journals and grant agencies.
Share: