Association between gut bacteria and brain activity in healthy humans 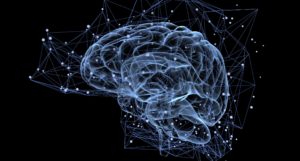 When you fall in love and you feel butterflies in your stomach; or when you are nervous before an exam and you have a stomachache: gut feelings are real. Although the scientific link between the gut and emotions is unknown, increasing evidence suggests that the microbiota may have a role in gut-brain communication. And now, in healthy humans, researchers have managed to identify an association between the gut microbiota and emotional brain activity. The study, from researchers at University of California-Los Angeles (UCLA), provides further evidence that a correlation exists between the intestinal microbiota composition and emotional and behavioural responses.

Previous studies in animals suggested gut microbiota could influence both behaviour and emotion. For instance, studies with rodents from McMaster University researchers showed connections between the microorganisms inhabiting the colon and depression and anxiety. Also, some studies had found links between feelings and the human gut. In this study, researchers recruited a group of 40 healthy women and divided them into 2 groups depending on the composition of their gut bacteria. They saw most of them (33) had more of a group of bacteria called Bacteroides in their guts, whereas the other 7 had more Prevotella.

The scientists measured the women’s brain structure, and also their brain activity while showing them some images. And they found women reacted differently to stimuli depending on their bacterial profile.

They observed women with more Bacteroides tended to have thicker gray matter in their frontal cortices and insula, brain regions involved in complex processing of information. Also they had a higher volume of brain matter in the hippocampus, implicated in memory processing. And women with more Prevotella showed lower volumes of gray matter in several regions but more connections among the brain areas in charge of emotional, sensory and attentional processes.

They observed women with more Bacteroides tended to have thicker gray matter in their frontal cortices and insula, brain regions involved in complex processing of information

According to the study—which follows previous research by the same group published in 2013 in Gastroenterology showing that changing gut bacteria through diet affected brain function—when this second group of women viewed negative images during the experiment, their hippocampus was less active than that of the Bacteroides group. They also reported higher levels of anxiety, distress and irritability when looking at those images than the first group did.

At the moment, researchers do not know whether it was the bacteria in the gut that influenced the development of the brain and its activity when faced with emotional and unpleasant content, or whether it was the other way around: that existing differences in the brain influenced the type of bacteria that resided in the gut. Or indeed, whether something altogether different was influencing both.

The authors of the study think their findings confirm that the brain may interact with gut microbiota in healthy humans, although they warn that caution should be exercised when interpreting their discovery. The results observed are only associative and not causal. They note that this is a very young field of research and more large-scale studies need to be done.