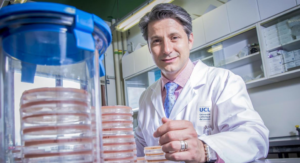 The gut microbiota has become a new player in the onset and development of metabolic syndrome and its associated pathologies. One gut bacterium that has been positively associated with leanness in mice and humans is Akkermansia muciniphila, which is naturally present in the gut microbiota of healthy people.

In 2017, our research team at UCLouvain (Belgium) found that a pasteurized form of A. muciniphila led to a stronger reduction in fat mass development, insulin resistance and dyslipidemia in mice when compared with the live bacterium. However, its effects on alleviating metabolic syndrome in humans are unknown.

A new randomized, double-blind, placebo-controlled pilot study, which I led with a team of researchers from UCLouvain and the Cliniques universitaires Saint-Luc, in collaboration with Wageningen University, University of Helsinki and the VIB-KU Leuven Center for Microbiology, reveals that heat-inactivated A. muciniphila helps to limit the increase of different cardiovascular risk factors in subjects who are overweight and obese.

We administered A. muciniphila for a 3-month period in 32 overweight or obese insulin-resistant subjects who were asked not to change their dietary habits or their physical activity. The subjects were given equal doses (1010 bacteria per day) of either live A. muciniphila or a pasteurized form of the bacterium obtained after exposure to mild heat inactivation. In a previous mice study, we showed that a protein (called Amuc_1100), isolated from the outer membrane of A. muciniphila, recapitulated the metabolic benefits reported after administration of pasteurized A. muciniphila.

Participants treated with the pasteurized—not the live—form of A. muciniphila had lower circulating insulin levels, reduced insulin resistance indices, lower total blood cholesterol and lower circulating dipeptidyl peptidase IV (DPP-IV) when compared with the placebo group. The enzyme DPP-IV has been involved in modulating glucose homeostasis, satiety and emotional-affective behavior.

Furthermore, pasteurized but not live A. muciniphila reduced white blood cell counts—their levels are elevated in obesity and have been associated with glucose intolerance—and lowered the number of proinflammatory bacterial lipopolysaccharides-involved in metabolic endotoxemia-circulating in the blood.

When compared with placebo, A. muciniphila also led to reduced levels of the liver inflammatory markers gamma-glutamyl transferase and aspartate aminotransferase and decreased levels of serum lactate dehydrogenase and creatine kinase, which are markers of tissue-damage and muscle injury.

Although we do not know why the pasteurized form of A. muciniphila seem to be more effective in alleviating metabolic syndrome when compared with the live bacterium, it seems plausible that mild heat inactivation allows cell-wall components or membrane proteins of bacteria to promote metabolic benefits in the host.

Our findings also demonstrated that A. muciniphila was safe and well tolerated across the study period of 3 months. These results are in agreement with previous findings from our research group.

This is the first exploratory study that shows how a bacterium naturally present in the human gut may alleviate metabolic syndrome. Although diet and physical activity are the major cornerstones for managing cardiovascular disease, our findings pave the way for using next-generation beneficial microbes such as Akkermansia and/or specific bacterial components to play a role in improving metabolic health in obese and overweight human subjects.

Our next steps include planning larger-scale tests and commercializing the bacteria in the form of food supplements.

See here a video from UCLouvain that summarizes main findings from our study.

Patrice D. Cani
Professor Patrice D. Cani is researcher from the Belgian Fund for Scientific Research (FRS-FNRS), group leader in the Metabolism and Nutrition research group at the Louvain Drug Research Institute (LDRI) from the Université catholique de Louvain (UCL), Brussels, Belgium, and WELBIO (Walloon Excellence in Lifesciences and BIOtechnology) investigator. He is currently member of several international associations, he is member of the Alumni College from the Royal Belgian Academy of Sciences, and he has been elected in the board of directors of the LDRI (UCL). Patrice D. Cani has a M.Sc. in Nutrition and another M.Sc. in health Sciences, he is registered dietitian and PhD in Biomedical Sciences. His main research interests are the investigation of the role of the gut microbiota in the development of metabolic disorders, such as obesity, type 2 diabetes and low grade inflammation. More specifically, he is investigating the interactions between the gut microbiota, the host and specific biological systems such as the endocannabinoid system and the innate immune system in the context of obesity, type 2 diabetes and metabolic inflammation. Prof Cani is author and co-author of more than 110 scientific research papers published in peer-reviewed international journals, conferences and book chapters.
Share: 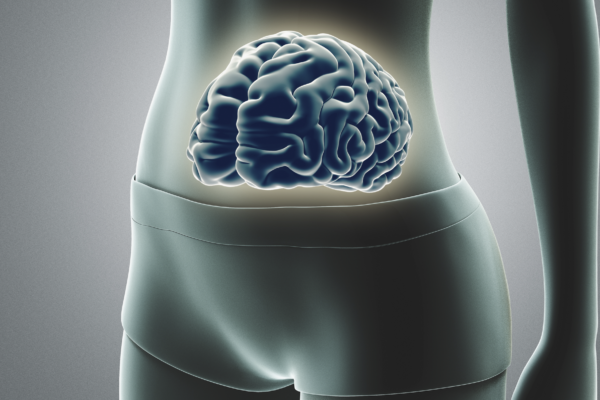