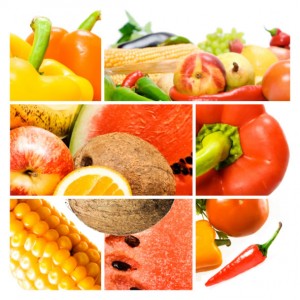 Science has been showing for a while now that, in the long term, the saying ‘you are what you eat’ is true, or at least in terms of the composition of our gut microbiota. Until recently, however, we didn’t know how quickly the microbiota – or the hundreds of trillions of bacteria and microorganisms that live in our digestive system – responds to short-term changes in the types of food we eat.

To show this, a team of researchers led by Professor Lawrence David from Harvard University worked with eleven volunteers who, for five days, limited their food intake to meals made with rice, tomato, squash, peas, garlic, lentils, banana, mango and papaya. They then returned to their regular balanced diet for a week. Finally, they spent another five days eating just animal and fatty products, essentially bacon, eggs, pork ribs, beef, salami, prosciutto and cheese. By analysing the evolution of the microbiota throughout the period, they saw that just three days after each change in diet, the activity and composition of the bacteria present in the gut had undergone significant variations.

The animal-based diet, higher in fat and lower in fibre than a normal diet, increased the concentration in the human gut of microorganisms that tolerate high levels of the bile acids synthesised when meat is consumed. Furthermore, the carnivore diet also reduced the number of bacteria normally used to metabolise the polysaccharides found in vegetables. These findings lead researchers to consider that dietary changes could be used in the future to treat certain medical conditions, rather than drugs or even surgery. “One day, we hope we might be able, through an altered diet or behaviour, to shape the microbiota to improve health”, says Professor Lawrence David, co-author of the research. No wonder, then, that the gut microbiota receives the name of ‘second genome’ and, as Professor David stresses, “what’s interesting is that this second genome is potentially plastic and responsive to the way we choose to live our lives.”