Dr. R. Balfour Sartor, on a new understanding of Crohn’s disease and the move toward personalized medicine

Dr. R. Balfour Sartor is a gastroenterologist and mucosal immunologist working at the Center for Gastrointestinal Biology and Disease, Department of Medicine, Microbiology and Immunology, at the University of North Carolina (USA).

Sartor recently wrote an article called “The Intestinal Microbiota in Inflammatory Bowel Diseases”, published in Nutrition, Gut Microbiota and Immunity: Therapeutic Targets for IBD, from the 79th Nestlé Nutrition Institute Workshop. The article highlights the abnormal fecal bacterial profiles observed in pouchitis, Crohn’s disease and ulcerative colitis. Sartor argues bacterial function is more important than composition; key pathways are shared, so the presence of certain bacterial groups can functionally compensate for the absence of others. In addition, he notes, different bacterial groups can synergistically interact.

Sartor says the goal of therapy for inflammatory bowel diseases should be to restore a more homeostatic profile of bacteria, fungi, viruses. He goes on to explain a current theory of Crohn’s disease pathogenesis involving genes, environment, microbiota, and immune factors. 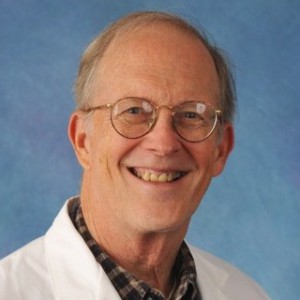 What’s your current hypothesis about how Crohn’s disease occurs?

It’s been an evolution. My belief is that Crohn’s disease is the result of an overly aggressive immune response to a subset of resident intestinal bacteria (and maybe fungi and viruses) in a genetically susceptible individual, with onset and flares precipitated by environmental triggers. It’s quite clear that genes are important. In identical twins, if one twin has Crohn’s, there’s about a 50% chance the other twin has Crohn’s, where in non-identical siblings it’s about 5%. In the normal population the risk is about 0.5%.

There is an obvious difference in risk between identical and nonidentical twins, where environment is ostensibly the same. Yet you know just from those data that genes aren’t the total answer, they’re only part of the answer. So far 163 genes have been associated with Crohn’s disease and/or ulcerative colitis (a related inflammatory condition) so there’s clear genetic polymorphisms associated.

If genes are important but not the total story – necessary but not sufficient – then what else is driving it? We have strong evidence in animal models of colitis, and this has been the focus of my own work – that resident (normal) intestinal bacteria are involved. A genetically susceptible mouse or rat, for example, an
IL-10 [interleukin-10] knockout mouse, deficient in a major protective immune pathway, will develop very active intestinal inflammation when they’re colonized with normal bacteria. No pathogens, just normal gut bacteria. Bacteria are shared between families – not identically but pretty closely – so this may help explain a component of the familial risk.

But if you put these mice in a germ-free, completely sterile environment, there’s no inflammation. You add the normal gut bacteria back and within one week the IL-10 knockout mice, colonized with bacteria, develop disease. The T cells that probably mediate the disease respond to bacterial antigens that are in the normal gut. These observations strongly support that bacterial activation of aggressive immune responses is necessary to cause disease, but only in a genetically-susceptible host, since the same bacteria cause no inflammation in a genetically normal mouse or rat.

So you have to have genes and bacteria, but a third element is an environmental trigger. I see this clinically all the time, that people were very normal, then they might travel, develop an infection, they treat the infection, the infection goes away. But then they develop longstanding, chronic Crohn’s disease.
So I think environmental triggers are very important. Once that process is initiated, then due to the genetic defect, it can’t be turned off. Or because of the proliferating bacteria, the dysbiosis it can’t be turned off. Both mechanisms could be in play.

The fourth element, the immune response, is important because if you take T cells out of a mouse – a so-called immunodeficient mouse – the IL-10 knockout without T cells – it doesn’t develop disease. You add normal T cells back in, they develop disease. In Crohn’s, there may be a subset of bacteria inducing overly agressive TH1/TH17 cell responses. [Alternatively, it could be that] no chronic inflammation develops in the absence of T cells, and disease can be transferred by passing T cells from one mouse to another.

How might this new understanding lead to changes in clinical practice?

All of our current therapies for Crohn’s disease, with the exception of antibiotics and probiotics attack the immune response. Corticosteroids, anti-TNF [tumor necrosis factor] biologic agents, the immunosuppressive agents: all have a focus on trying to dampen that hyperactive immune response. The problem, of course, with attacking the immune system is you open the door to infections and cancers.

How does this new understanding affect the move toward personalized medicine?

Many of the 163 genes implicated in Crohn’s can be binned into functional characteristics: genes that affect the barrier of the epithelium, the ability to have a normal mucus production and tight junctions, genes that are involved in stress responses, the endoplasmic reticulum [ER], ER stress responses. Others are related to bacterial killing effects, intercellular bacterial killing, particularly autophagy genes. Others are immune regulatory genes. So it doesn’t make sense to treat everybody the same, particularly if steroids are our current therapy. If you have a defect in bacterial killing, to give something like steroids that further potentiates that bacterial killing defect may be counterproductive. You probably should attack the bacteria that are not being killed.

What types of patients do you normally see? How are you currently able to personalize the treatments for these conditions?

I’m in a referral hospital situation so I tend to see patients that are not doing well, who haven’t responded to traditional therapies or want to seek a second opinion.

There’s no one-size-fits-all. You have to sit down with a patient and try to decide [on an approach] based on what their response in the past has been. I think that’s the primary driver: what’s worked in the past, what hasn’t worked, and if something worked, can you tweak that a little bit?

A recent Canadian publication just came out last month by Richard Fedorak, who is in Edmonton, [showing] that a combination of probiotics, VSL#3, did not work in preventing postoperative recurrence for Crohn’s. Yet the same concoction was successful in preventing recurrent pouchitis. So you have to not just indiscriminately give antibiotics or probiotics to every person, you have to individualize. That said, we would like things that work a little bit more predictably.