Philippe de Timary, MD., Ph.D., is a researcher and psychiatrist in the department of Adult Psychiatry and Institute of Neuroscience at Catholic University of Louvain and Hospital Saint-Luc in Brussels, Belgium. With a colleague, Professor Peter Starkel, he opened a clinical unit in the hospital

Philippe de Timary, MD., Ph.D., is a researcher and psychiatrist in the department of Adult Psychiatry and Institute of Neuroscience at Catholic University of Louvain and Hospital Saint-Luc in Brussels, Belgium. With a colleague, Professor Peter Starkel, he opened a clinical unit in the hospital that specializes in the treatment and rehabilitation of alcohol-dependent patients. 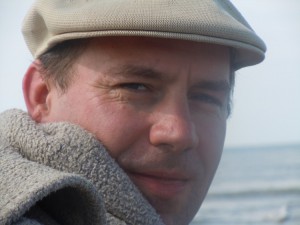 Recently, de Timary and his colleagues in the lab of Nathalie Delzenne released an important study that provided evidence that the gut-brain axis plays a role in alcohol dependence.

In the study, a subset of patients with alcohol dependence showed increased gut permeability, which was related to gut microbiota composition and activity. Gut dysfunction was associated with higher scores on measures of depression, anxiety, and alcohol craving after three weeks of abstinence.

Dr. de Timary spoke with Gut Microbiota for Health to give us more insight into this topic.

What population do you work with clinically?

I mainly see alcohol dependent patients, in fact. We have a small alcohol dependence unit where patients are hospitalized for alcohol withdrawal and rehab… They are mainly inpatients but we also see them from the outside.

How did you come to study the gut microbiota in relation to alcohol dependence?

I first did my medical studies degree, then I did some [biological] research for eight years, and then I came back… and I got the degree in psychiatry after five [more] years. Then I decided to [do] some work in psychiatry using some methods from biology. This is how I associated with the group of Nathalie Delzenne to work on this topic.

What is the context of this research?

We had first done some studies on nutritional aspects of alcohol dependence. This was a paper that was published two years ago in PLoS ONE  where… we considered alcohol as a nutrient, not only as a drug, to understand how metabolic aspects could play a role in alcohol dependence.

I came to discuss [the topic] with Nathalie Delzenne and she was interested in developing some projects. She had done many things about the gut microbiota and metabolism… and we thought that maybe, because alcohol acts as a nutrient, it might also somehow affect the gut composition.

I have been developing an expertise in the domain of psychiatry, or psychopathology, and so what is really interesting is that we cross two different fields: the field of biological aspects concerning the gut, and then how these might affect the brain to induce some psychological symptoms. We expect that it’s only the beginning of the story because we will hopefully, in some years, be able to show that there are specific gut-brain pathway[s] that can explain how things happening at the level of the gut could influence what’s happening at the level of the brain, and then influence the behavior of these patients.

Did anything surprise you about the results of your study?

What really surprised us is how well the increase in intestinal permeability fit with the changes in the composition of the microbiota, and also with metabolic changes. Finally, all these changes are much correlated [with] the levels of depression, anxiety, and alcohol craving in these patients. The story is quite strong, because there are really different aspects that can be put together to [fit] with the hypothesis that changes in composition of the gut microbiota could affect the gut barrier and then, through changes in the metabolomic production from the microbiota, …this would, through mechanisms that we still do not understand, influence the behavior of these patients.

You mentioned that alcohol can act as a nutrient. How might overall nutrient intake be related to the condition of these patients with alcohol dependence?

There are strong impairments in the diet [of] these patients, so this might be one of the issues that we could also address.

This has been shown in the article that we have published two years ago in PLOS oNE: most often, alcohol dependent patients will not eat in the morning and at midday, and will only eat in the evening, and have only an alcohol-drinking nutrient intake during the daytime. So their diet is completely abnormal. This might also play a role in the changes in the composition of the gut microbiota. That may have some importance at that level.

What are the limits of this research?

One important limit is [that] it’s only a correlational study. What we should really do is to do [an] intervention study where we would try to modify the composition of the gut microbiota to see whether this will somehow restore the gut permeability and maybe have a positive effect on the relapse probability.

[Relapse is] an extremely important problem. A very large proportion of alcohol dependent patients will relapse after being treated. We spend a lot of time with them, we discuss with them, and still, quite a heavy proportion will relapse. So this is really something that is complex with these patients.

This is the ambition, to improve the ability of these patients to remain abstinent afterward.

What would you like to study next in this line of research?

[One] aspect would be to better investigate the mechanism that could explain the gut-brain interaction. We are trying to follow some lines to try to elucidate that aspect.

Another thing would be an intervention study where we could try to change the composition of the gut microbiota with proper approaches to improve the gut permeability, and through that way, probably improve behavior.

Does this research change the way you think about alcohol dependence?

What we really want to do is to understand better how this relation appears. What is really interesting is that [gut microbiota change] doesn’t seem to be a single causal factor for all alcohol dependence, but rather, a factor that will induce a kind of severity in some patients. This may have consequences on the way we might be interested in what’s happening at the level of nutrition in these patients, because the nutritional aspect is surely a very important aspect. Changes in nutrition might play an important role in the development of the dependence and the severity of the psychological symptoms in these patients.

We may foresee some types of interventions where we could, maybe using prebiotics, change the composition of the gut microbiota and somehow help these patients to be more resistant to relapse.