Dr. Mimi L. K. Tang is a paediatric allergist immunologist and director of the Department of Allergy and Immunology at the Royal Children's Hospital Melbourne. 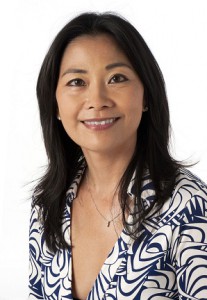 Tang and colleagues recently published a study on co-administration of a probiotic with peanut oral immunotherapy (in which gradually-increasing amounts of peanut are introduced to the allergic patient). In this double-blind, placebo-controlled randomized trial, children between the ages of 1 and 10 with peanut allergy were treated with a combination of peanut oral immunotherapy and Lactobacillus rhamnosus CGMCC 1.3724. Children received the treatment daily for 18 months.

Possible sustained unresponsiveness (2-5 weeks after stopping treatment) was achieved in 82.1% of the active treatment group and 3.6% of the placebo group. The treatment group also showed desensitization and a reduction in wheal size in a peanut-induced skin prick test. Researchers also found differences in specific antibody levels.

Dr. Tang spoke with Gut Microbiota for Health about this study.

Can you tell us about the clinical relevance of oral immunotherapy?

Oral immunotherapy [OIT] as a stand-alone treatment at this point in time, in my opinion, only has a limited capacity to induce what we might call either ‘tolerance’ or ‘sustained unresponsiveness’. Moreover, pretty much all the experts in the field who are working in the area would not currently recommend its use in the clinic as yet. So right now it should only be used as part of a trial.

Many people around the world are studying oral immunotherapy in a range of subjects. They’ve tried it for eggs, milk, and peanut, and in Europe they’ve done studies for many different foods. Similarly, in Stanford, Kari Nadeau is looking at multiple foods. But if we look at the published literature of oral immunotherapy and focus on what we consider to be high-quality studies — that being randomized controlled trials, and the most stringent of those would have a placebo arm — there are really only three studies. The range of sustained unresponsiveness reported in those studies go from zero difference between placebo and test  in one study of egg and milk, 28% versus 0% in a second study of egg oral immunotherapy, and 30% versus 0% in a recent study of peanut immunotherapy. If you focus on those best quality trials, what we’re really seeing is up to 30% capacity to induce sustained unresponsiveness.

It may be that you can increase the response rate possibly by using a longer duration. Wes Burks showed that with his peanut study, in that up to 50% then responded, but they had to continue treatment for up to five years.

In our study what we were hoping to achieve was to find a treatment that had a better ability to induce sustained unresponsiveness or tolerance; also in the oral immunotherapy studies, the tolerance that you achieve at the end of the study may not be long-lasting and it can be lost.

Would the probiotic be effective on its own to treat food allergies?

Probiotics on their own do not seem to be very effective for treating established allergic disease. And in food allergies, there’s no study that has shown beneficial effects with probiotic alone, although there are few published. They are effective for prevention of allergic disease, when given to mothers in pregnancy and in the first months of life of the infant.

In our study it would seem also that the probiotic on its own was not beneficial because we only observed change in skin prick test wheal size for peanut. There were children who were allergic to other foods and they did not have any benefit for the other skin tests.

Why did you target peanut allergy?

Number one, it’s probably the most severe of the food allergies. 50% of reactions can be anaphylaxis. Number two, it’s usually lifelong. So it doesn’t resolve by itself. And number three, it is the most common cause of death as a result of food anaphylaxis.

Did anything surprise about your results?

If we then looked at the type of adverse events, though, we can see in the placebo group they’re predominantly subjective symptoms. Abdominal pain was the most common adverse event, accounting for about half, and they mostly occurred in rush and updosing phases. In contrast, for the active group, the events were actually skin or airway: more ‘convincing’ as allergic reactions. And these occurred mostly in the maintenance phase. So what that tells me is just anxiety per se, and being part of an intervention that can cause anxiety, can actually lead to adverse events being reported that may not actually be related to the treatment.

If we look at the serious adverse events — by definition, that being something requiring hospital admission — you see a simliar thing. The same number of participants in both active and placebo groups experienced serious adverse events. But when we looked at the timing of these events, all of the events in the placebo group occurred on rush day or updosing, whereas for the active group, 80% occurred in maintenance. When we looked at them more carefully in terms of what these events were, in fact in the placebo group, most of them were subjective symptoms but led the parent to treat with adrenaline, leading to admission; whereas in the active group, the majority actually were anaphylaxis.

It is important to note that the active treatment was associated with adverse events, but the adverse event profile in my opinion is acceptable, because 10% of children experienced anaphylaxis and this is similar to, say, bee venom immunotherapy, another immunotherapy treatment for a potentially life-threatening conditions… These two conditions, food allergy and bee venom anaphylaxis are similar in that we’re treating the situation of anaphylaxis and potential life-threatening events. And the adverse event profile is similar, about 10%.

What’s your hypothesis on how the treatment worked?

We know probiotic bacteria have potent immune modulating effects. We’ve always known. The effects are quite species- or strain-specific. I had observed that Lactobacillus rhamnosus species were associated with certain cytokine profiles that are associated with tolerance. So my hypothesis was that giving a probiotic such as [this one] together with the allergen would create a milieux that allowed the immune system to respond in a different way to the allergen than it was programmed already to do.

Why do you think some study subjects did not achieve sustained unresponsiveness?

It’s possible that they needed a longer time on the treatment. When we looked at the skin prick test or IgE [immunoglobulin E] responses in these individuals, they all went down. But it may have been that they didn’t switch off their allergy.

What needs to be done before you are confident this treatment is ready for clinical use?

One thing I really do want to know is: Are we inducing true immune tolerance or not? Our study was designed at a time when the NIAID/FDA [National Institute of Allergy and Infectious Diseases/Food and Drug Administration] recommendations were that tolerance could be assessed by stopping treatment for at least 2 to 4 weeks, and that was the plan that we undertook. However, with this emerging evidence that maybe this amount of time may not truly detect long-lasting tolerance, the first thing that has to be done is to stop the treatment for longer. We’re planning that right now; we’re actually bringing the tolerant subjects back in and stopping the treatment for 8 weeks and re-challenging them. Of course, there’s a bit of reluctance from our families for them to do that. But some of them are prepared to. We’re also planning a large and multi-centre trial to repeat the findings and stop the treatment for 14 weeks. So I think that’s the critical thing that has to be done first.

The second [important] thing is to compare it to oral immunotherapy alone, to really demonstrate whether or not there’s an added benefit to having the probiotic. We’re planning a multi-centre three-armed randomized trial coming up, to answer both of those questions.