Dr. Josef Neu is a neonatologist and pediatrician, as well as an associate professor at the University of Florida. He researches developmental gastroenterology and neonatal nutrition. He sat down with Gut Microbiota for Health at the Harvard Probiotics Symposium 2014, after

Dr. Josef Neu is a neonatologist and pediatrician, as well as an associate professor at the University of Florida. He researches developmental gastroenterology and neonatal nutrition. He sat down with Gut Microbiota for Health at the Harvard Probiotics Symposium 2014, after his presentation: The Perinatal Microbiome: Implications for Health and Disease. 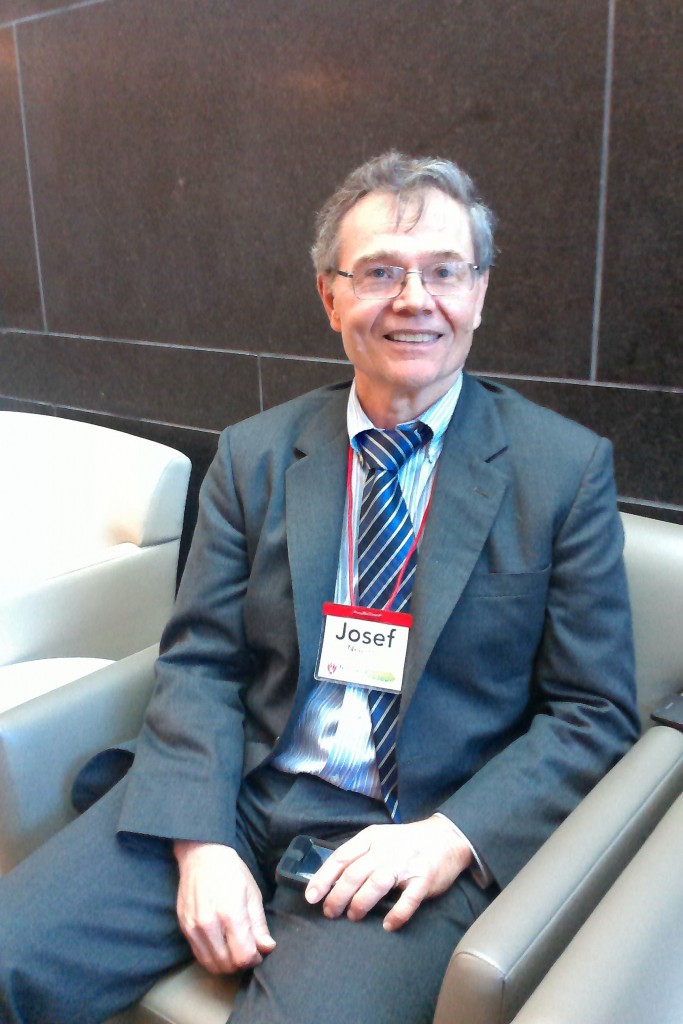 What struck you during the Harvard Probiotics Symposium sessions?

I was struck by how much overlap there was between the presentations – how many complementary ideas are coming from all these different laboratories and different areas. For example, we heard several times about the placental microbiome, that the womb is not sterile. That could have many implications for the work we do in NICUs [Neonatal Intensive Care Units]. And over time, it will become standard knowledge.

In your work as a neonatologist and pediatrician, how did you become interested in the microbiota?

It came up in a number of areas in my practice. Necrotizing enterocolitis is a critical issue because it’s a big cause of infant mortality. I wanted to know how we can improve care, and I was led to the microbiota research. It seems there are critical windows for programming the body later in life, and those in neonatology have a role to play.

Do you think microbiome research is going to change routine care in NICUs?

Several times in the past, we have gone very wrong in the NICU, adopting measures that were later found to have negative results. So whenever someone says we should do something as ‘routine care’, I get very nervous. I think it’s better to think about personalized care. Every situation is different, and now we’re getting more data about all the ways in which they’re different.

What would personalized care look like in the NICU?

It would look something like this: a profile of the mother, both genetic and epigenetic – meaning, the environmental factors in her life and her ancestors’ lives that influenced her DNA expression – as well as the child’s genes and microbiome, along with the phenotype. We could put that all together and base our decisions on that information. Now that we can use sequencing techniques instead of culturing, it could theoretically be done.

This interview was abbreviated because of technical difficulties.