In the year 2006, a PubMed search for “microbiome” papers yielded just 119. Now, a decade later in the year 2016, that number was 4,805. Given the reality of limited funding and know-how, the exponential growth in the field of 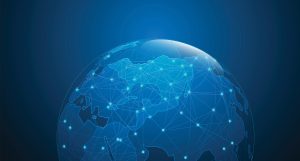 Given the reality of limited funding and know-how, the exponential growth in the field of microbiome science means researchers will face an increasingly competitive milieu. But this worldwide network of scientific growth, which currently has its epicentre in the US, also creates unprecedented opportunities.

Many influential microbiome research publications make use of expertise from multiple countries—whether it’s US researchers studying populations in Venezuela with the help of South American colleagues, or a team in the Netherlands hand-picking collaborators from Russia, the US, Finland, Belgium, and Spain. Collaborations that criss-cross the globe may be shaping the future of the field.

While the value of seeing familiar faces at local and national meetings is undiminished, scientists report that academic meetings featuring not only an international lineup of speakers, but also an international group of delegates, are important forums for finding out about colleagues’ research and perhaps even initiating new collaborations.

The 6th International Human Microbiome Consortium (IHMC) congress, held in Houston (USA), was one of the best recent examples of a meeting that offered insights from, and connections with, colleagues around the world.

Says James Versalovic, co-chair of the IHMC 2016 meeting, “We definitely want to foster international collaborations. Not only between individuals, but hopefully also… between different microbiome centers or departments very actively engaged in microbiome research in different countries.”

Here’s what two speaker-delegates reported from the IHMC meeting held in November 2016:

Peter Turnbaugh from the University of California San Francisco (USA) has, with the help of collaborators, studied the gut microbiomes of wild mice from the UK and of people with infectious diarrhea from Bangladesh.

Why did you decide to attend IHMC?

To hear the latest and greatest microbiome research from around the world.

What was your conference highlight?

Line dancing and BBQ was a great way to take my mind off politics. I also really enjoyed hosting the break-out session we organized… a series of short-talks with a trip to Paris as a prize.

Mahesh Desai, from the Luxembourg Institute of Health, recently published a humanized mouse study looking at the mechanistic connections between fibre consumption and disease risk, which included collaborators from the US and France.

Why did you decide to attend IHMC?

The IHMC meeting was a good opportunity to interact with scientists working in broader areas related to the field of human microbiome.

What was your conference highlight?

The conference was a unique attempt to bridge the mechanistic microbiome studies performed in mice with the correlational studies carried out with human samples. Amalgamation of these two types of studies is currently the challenge that the field is facing.

The continually growing number of microbiome publications suggests a highly competitive field, but collaborations may offer a way to share ideas, benefit from localized expertise, and produce higher-quality work. “Sharing more as an international community, we can elevate the field globally,” says Versalovic.