Changes in the microbiota through diet may affect brain function

It is often said that “we are what we eat” and, as research into the relationship between diet and the gut microbiota progresses, the expression becomes even more meaningful. It is well known that a diet rich in live cultures 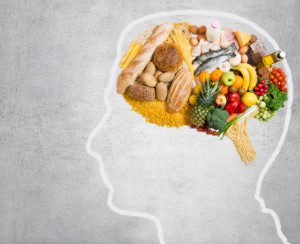 It is often said that “we are what we eat” and, as research into the relationship between diet and the gut microbiota progresses, the expression becomes even more meaningful. It is well known that a diet rich in live cultures like probiotics may change the composition of the gut flora. Furthermore, consuming this kind of products may also influence brain function as has been shown in a number of animal studies in recent years. That these conclusions may also be true for humans is demonstrated by a study carried out by a group of researchers from the University of California, Los Angeles (UCLA), which shows that the bacteria consumed through diet may influence how the brain reacts to its environment.

The research analysed three groups of women – the first ate a fermented milk product with probiotics and the other two consumed either a non-fermented diet or no specific diet for four weeks. The group that regularly ate fermented milk with probiotics showed a different brain activation pattern to the others. The women’s brains were scanned with functional magnetic resonance imaging (fMRI) while in a state of rest and in response to a task during which they to identify pictures of angry or frightened faces, which they had to match with other images showing similar emotions. The aim was to measure the engagement of the affective and cognitive brain regions. The women who had consumed a probiotic dairy product showed decreased activity in the insula cortex – a part of the brain linked to emotion and feelings, which processes and integrates internal body sensations, like the ones that come from the gut. A decrease was also noted in the engagement of a broader network in the brain that includes areas engaged in emotions, cognitions and sensations.

Researchers know that the brain sends signals to the gut, which explain how stress and other emotions can contribute to gastrointestinal symptoms. Dr. Kirsten Tillisch, Associate Professor of Medicine at UCLA, explains that the study confirms that food signals also travel in the opposite direction, that is, from the intestine to the brain, something that had mostly been shown in animals up until now.

The study, published in the journal Gastroenterology, may open up new paths of research into diet-related or pharmacological treatment for improving brain function, setting the foundation for a new expression – “we feel as we eat”.

Emerging evidence suggests a balanced diet with a predominance of plant-based foods is associated with specific gut microbes, which are linked to a lower risk of developing type 2 diabetes. Dr. Stéphane Schneider explains what recent studies have shown regarding the importance of taking care of what you eat for preventing or better controlling type 2 diabetes through the gut microbiome.