Beyond living microbes: scientists provide a definition of postbiotics

Beyond live microorganisms, inanimate microorganisms and their components can also confer a health benefit on the host. A panel of experts under the auspices of the International Scientific Association for Probiotics and Prebiotics (ISAPP) updates the definition and scope of postbiotics. 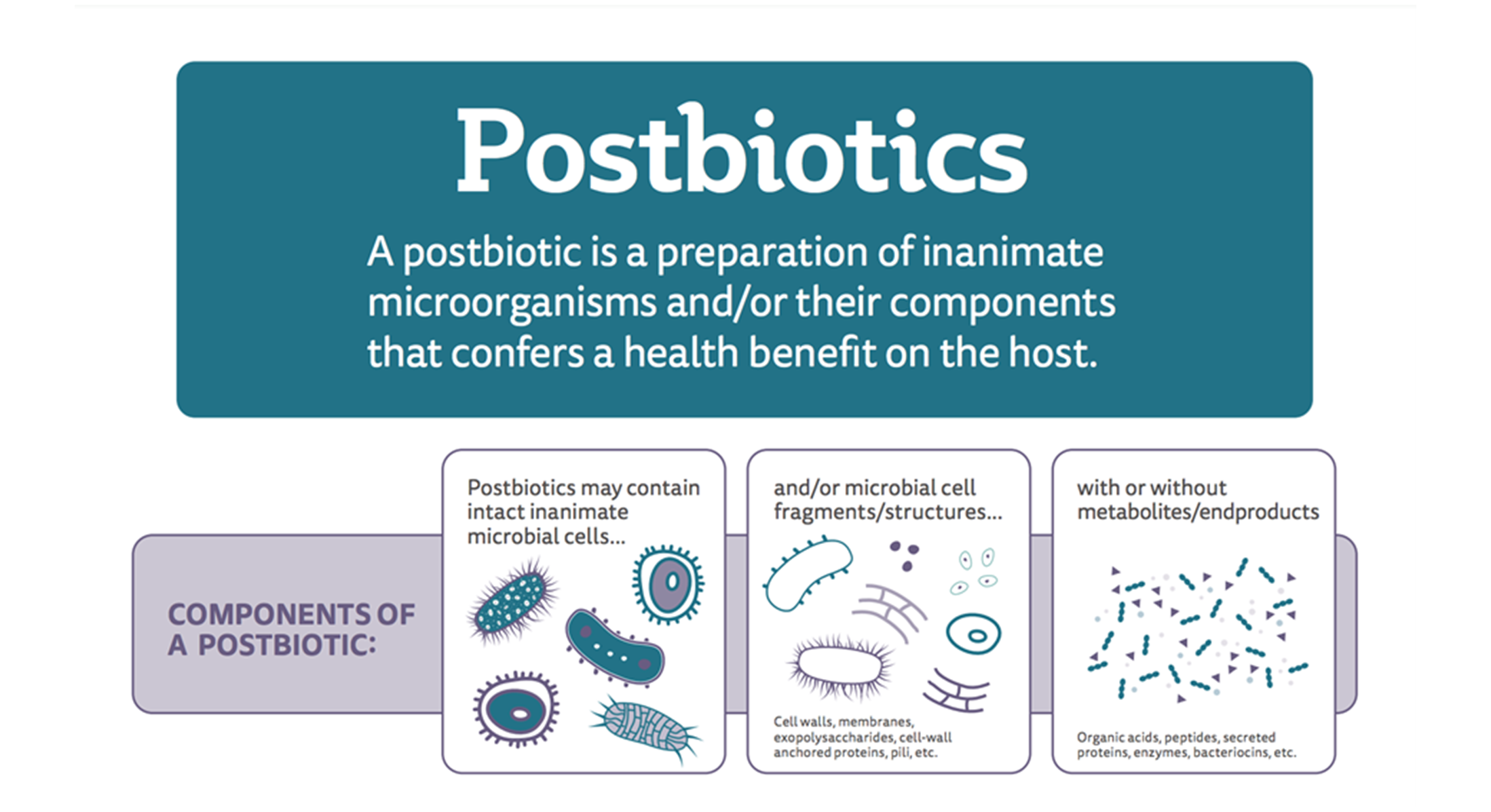 Some non-living microorganisms, collectively defined as postbiotics, are also being explored as a means of reducing the risk of disease and improving health.

Although this is not the case for all bacteria and health benefits, non-viable bacteria often have been shown to have similar effectiveness as viable bacteria counterparts. With the added longer shelf-life and easier storage that favors both the technology and stability, there is now increased interest in these bacteria being included in consumer products. For instance, in 2019 Patrice D. Cani and colleagues showed that metabolic outcomes in individuals who are overweight and obese when treated with pasteurized Akkermansia muciniphila were more consistent compared to individuals who received live A. muciniphila.

Until now, however, scientists have yet to agree on a definition of what is a postbiotic.

A recently published consensus paper by scientists worldwide working in different disciplines now defines a postbiotic as “a preparation of inanimate microorganisms and/or their components that confers a health benefit on the host”.

As such, the components of a postbiotic include intact inanimate microbial cells and/or microbial cell fragments or structures with or without metabolites.

In addition to providing a clear definition of a postbiotic, the consensus paper also highlights regulatory challenges and criteria that should be used for assessing the safety and health effects of preparations of dead microbes.

A postbiotic must derive from a living microorganism to which a technological process (e.g., pasteurization) is applied that means the microbe cannot replicate. In order to preserve overall quality and nutritional value while maintaining sensory characteristics, other non-thermal procedures such as drying techniques and high pressure are also used, even though it is important that the functional properties of the postbiotic are not affected by the treatment. As viruses are not considered live microorganisms, postbiotics cannot be derived from them. Furthermore, the microbe used to derive a postbiotic does not need to show a health benefit, as a postbiotic does not have to be derived from a probiotic.

The new definition of postbiotics states that these products can be taken as foods, dietary supplements or drugs. For instance, postbiotics can be found in yogurt and specific fermented infant formulas. In addition, the site of action for postbiotics include the gut or any host surface, such as the skin, oral cavity or urogenital tract.

We now require studies on the health benefit and safety of the postbiotic preparation in terms of the intended use in the target host, which includes humans, companion animals and livestock.

As for their safety, as the microbes in postbiotics are not alive, they cannot cause infections. This offers potential for use in compromised individuals, for whom live biotherapeutics are not recommended.

On the whole, postbiotics include inanimate microbes with or without metabolites that have been shown to have health benefits and are likely to be safer and more stable than live counterparts. As in the case of probiotics and prebiotics, clinical trials in different populations are needed before their systematic use is recommended.