Previous research has shown that the mechanisms of drug action such as chemopreventive activity of celecoxib and effects of metformin in type 2 diabetes patients appear to be shaped by gut microbial communities. A recent study, led by Dr. Laurence 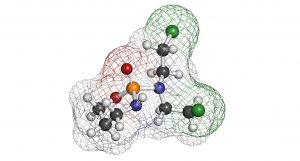 Previous research has shown that the mechanisms of drug action such as chemopreventive activity of celecoxib and effects of metformin in type 2 diabetes patients appear to be shaped by gut microbial communities.

A recent study, led by Dr. Laurence Zitvogel from the Institut de Cancérologie Gustave Roussy Cancer Campus in Villejuif (France), has found that the antitumoral efficacy of cyclophosphamide is enhanced by the two commensal species Enterococcus hirae and Barnesiella intestinihominis in mice.

Cyclophosphamide (CTX) is an immunosuppressive chemotherapy drug used to treat several types of cancers. The same research group previously showed that CTX induced Gram+ bacteria translocation (mainly Lactobacillus johnsonii and Enterococcus hirae) that elicited cell responses related to tumour control. A growing understanding of the role of the gut microbiota in controlling the tumour microenvironment has led to the emerging field of “oncomicrobiotics” (OMBs), which aims to elucidate the relationship between immunogenic commensals and anticancer immune responses.

In the same group of CTX-treated and antibiotic-induced dysbiotic mice, the researchers showed that oral treatment with E. hirae activated antitumour T cell responses in the intestinal mucosae and in secondary lymphoid organs such as the spleen, in parallel with the anticancer effects of CTX. Besides this, oral treatment with Barnesiella intestinihominis -a Gram- bacterium that resides in the colon- achieved a similar effect by inducing the infiltration of T cells in several mouse tumours. The work also demonstrated that NOD2 receptors expressed by intestinal epithelial cells limited the bioactivity of both E. hirae and B. intestinihominis.

On the other hand, the researchers analysed blood T cell responses in 38 end-stage lung and ovarian cancer patients. In those patients, memory T cell immune responses specific to E. hirae and B. intestinihominis predicted the period of time during and after treatment that they lived with the disease without getting worse.

In conclusion, the commensal species E. hirae and B. intestinihominis enhance the anticancer immune responses of CTX. “In future studies, we plan to identify which specific bacterial metabolites or immune-modulating molecules are responsible for enhancing the effects of CTX”, says co-senior study author Mathias Chamaillard.