The Gut Microbiota Worldwatch (GMWW) team keeps you informed of the important advances in the science through our articles in English, French, and Spanish. This year saw more than 50 original blog posts on our website, which included new formats like book reviews and infographics. We launched a monthly newsletter. 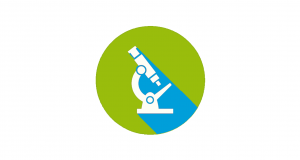 Scientists who study the gut microbiota have continued to work hard in their labs this year. Over 1700 papers on the topic appeared in scientific journals, and media coverage of the topic continued to grow. Conference rooms were packed at events this year that brought together gut microbiota scientists, industry, and other experts: the Gut Microbiome Conference in California (USA), the Gut Microbiota Modulation of Host Physiology Keystone Symposium in Keystone (USA), and of course, our own Gut Microbiota for Health World Summit in Barcelona (Spain).

The Gut Microbiota Worldwatch (GMWW) team keeps you informed of the important advances in the science through our articles in English, French, and Spanish. This year saw more than 50 original blog posts on our website, which included new formats like book reviews and infographics. We launched a monthly newsletter. The website also got a makeover this year; we launched our new look just before the Gut Microbiota for Health World Summit in March. These changes have turned heads, as the total number of visits to the GMWW site doubled between the months of January and September, reaching over 20,000 visits every month from all over the world.

What have we learned about gut microbiota in 2015? We have seen scientists bring us more and more ‘snapshots’ of the microbiota, telling us which microorganisms are present in the human gut under which circumstances. We are finding out what the microbiota looks like in vegans and omnivores. In men and women. In babies who will develop asthma and those who will be protected. Even in people who live in the Amazon, hunting and gathering for a living.

If you look at enough snapshots of a place you’ve never been, you begin to get a good idea of what it’s really like. When it comes to gut microbiota, the snapshots are giving us a richer idea of the microorganisms that might act as biomarkers, signaling different states of health and disease.

Here are some of the top areas of advancement this year in gut microbiome science:

Probiotics have taken “center stage” when it comes to potential new treatments for inflammatory bowel disease (IBD) — including Crohn’s disease and ulcerative colitis. Scientists now know that the microbiota plays a role, but they are still uncertain about how all the factors work together to give rise to IBDs. Several groups of researchers showed independently that certain strains of bacteria can interact with the immune system to increase or decrease intestinal inflammation. Fecal microbiota transplantation (FMT), a less precise strategy, is also being investigated as a way to restore a healthy microbiota in IBD. The more we understand interactions among inhabitants of the microbial community, the closer we will get to new treatments that make a difference in the lives of those with IBD.

What does the microbiota has to do with preventing and treating obesity in humans? This year brought evidence that both probiotics and prebiotics are promising strategies worthy of more investigation. Also, we are increasingly certain that bariatric surgery owes its effectiveness to how it changes the microbiota. The next step will be to figure out how to harness these microbiota changes to develop a new treatment that will not require surgery.

This year brought new understandings about the gut-brain axis: how the microbiota can affect the structure and workings of the brain. We saw new evidence that the gut microbiota helps produce neurochemicals and how they are essential for the development of some brain components. Depression, schizophrenia, autism, anxiety/depression in irritable bowel syndrome, Alzheimer’s disease, and Parkinson’s disease have all been linked to the gut microbiota in some way. So far, however, scientists are not sure whether the gut microbiota can cause these conditions or whether modulating the gut microbiota can be an effective treatment.

Ahead in 2016, GMWW will continue to cover the important advancements in what we know about the gut microbiota. Stay tuned for how we will be evolving to better serve you in the year ahead!

Digestive and mental health are closely connected and thanks to our gut microbes, scientists may know why

What happens in your gut may affect distal organs that are not apparently connected to your gut. Dr. Premysl Bercik explores what recent studies have shown regarding the association between the microbiome and neurological disorders.