2014, another year of key events and discoveries in gut microbiota field

It might sound like a cliché, but the truth is that 2014 has already gone by in the blink of an eye, and soon we will be toasting, celebrating New Year’s Eve and making resolutions for the next year. Before all that happens, we would like to propose you to take a look at this soon-to-end year, microbiotally speaking.

To start with, experts from all over the world met at the 2014 edition of the Gut Microbiota for Health World Summit, jointly organised by the American Gastroenterological Association (AGA) and the Gut Microbiota and Health Section of the European Society for Neurogastroenterology and Motility (ESNM). It was held in Miami in March, and for two days, experts from different countries debated issues mainly related to how the microbiota can be modulated – through diet, probiotics or antibiotic therapy – in order to improve people’s health and quality of life.

It was not the only meeting focused on microbiota this year. From the United States to Europe, numerous congresses and conferences have been held on the subject. In September, the Harvard Medical School, in Boston, held a symposium called “Gut Microbiota, Probiotics and Their Impact throughout the Lifespan”. The aim was to provide an overview of the latest scientific evidence on gut microbiota and probiotics and their importance from pregnancy to adulthood. It is also worth mentioning that the annual meeting of United European Gastroenterology, held in October, included microbiota topics in different parts of its official program.

Another interesting event to highlight was this year’s World Digestive Health Day, organised by the World Gastroenterology Organisation, which focused on gut microbiota. The key message was that a balanced gut flora is crucial for our health and that we can take care of it by having an appropriate diet. To raise awareness about the key role of gut bacteria, the WGO organised events in more than 20 countries, from scientific meetings to special activities. 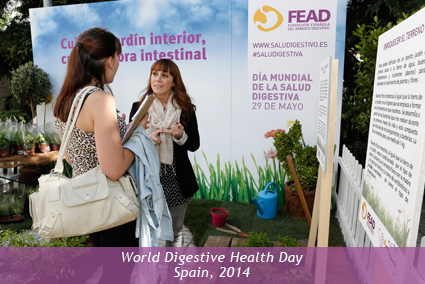 Looking back at our own activity, 2014 has been a very active year too. More than 40 original posts have been published in our blog, Gut Microbiota Wordlwatch, including papers reviews, interviews and recommendations for microbiota resources. A key milestone has also been the launch of our versions in Spanish and French, a good way to extend our message about the importance of gut microbiota for our health and wellbeing. We actively communicated through our social media channels too, reaching great interaction with our community. We doubled our Twitter followers and reached the 3.500 fans milestone on Facebook. Our website will end 2014 with three times more monthly visits it had twelve months ago and we are regularly cited as a trustable source of gut microbiota information. All these figures and facts are a big incentive and a great example of your trust and interest, which we really appreciate.

Analysing scientific output, we can see that a great number of studies on gut microbiota have been published this 2014. Some of them were focused on the role of the hundreds of trillions of bacteria on our immune system; for instance, how breast milk provides lifelong protection from illnesses or  how antibiotics in pregnancy may affect the baby’s immune system. Others were focused on different and (in some cases) also surprising issues. That was the case of the study published in Nature by researchers at the Weizmann Institute for Science, in Revohot, Israel, which suggested that artificially sweetened food may have a negative impact on the gut microbiota, leading to the onset of diabetes and obesity. Another study, led by researchers at the University of Texas at Austin, pointed at the fact that the same diet has a different effect in the gut microbiota of males and females. In the second half of the year, scientists from the French National Research Institute (INSERM) and the University of Rouen conducted a study to see if gut microbiota could affect appetite and be behind some eating disorders, such as bulimia or anorexia. The results of this study were published in the journal Translational Psychiatry, showing that some bacteria in the gut may interfere with how the body regulates hunger in an effective way. 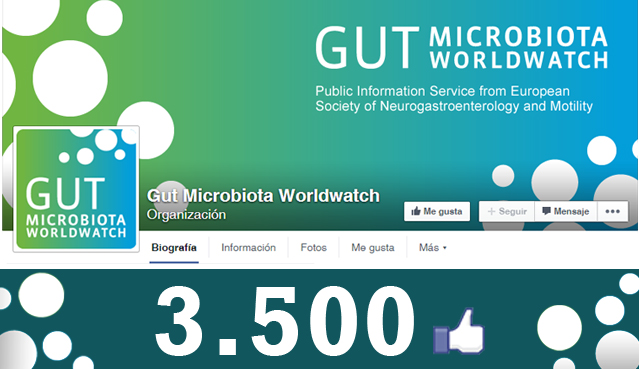 As news about gut microbiota jump to the front page of newspapers and other media, some voices (like Seth Bordenstein, Paul Enck and Joel Doré) also remind us of the importance of being cautious and avoid taking conclusions too far in order not to overpromise or misinterpret science.

Looking into the future, as if we had the gut microbiota crystal ball in our hands, we believe that two topics will continue to gain attention from researchers in this field. One topic includes the new applications of probiotics on different conditions and the overall preventive role nutrition could play to keep our gut microbiota balanced and healthy. We also saw increasing interest in the sometimes controversial faecal transplantation to treat recurrent intestinal infections which are not being cured with antibiotic treatments.

Our resolution for next year is to continue providing you with plenty of quality information that may help you to understand a bit more about this key community of microbes living in our gut.

In the meantime, take care of your gut microbiota and…

Focus on Fermented Foods: are they good Fer you?